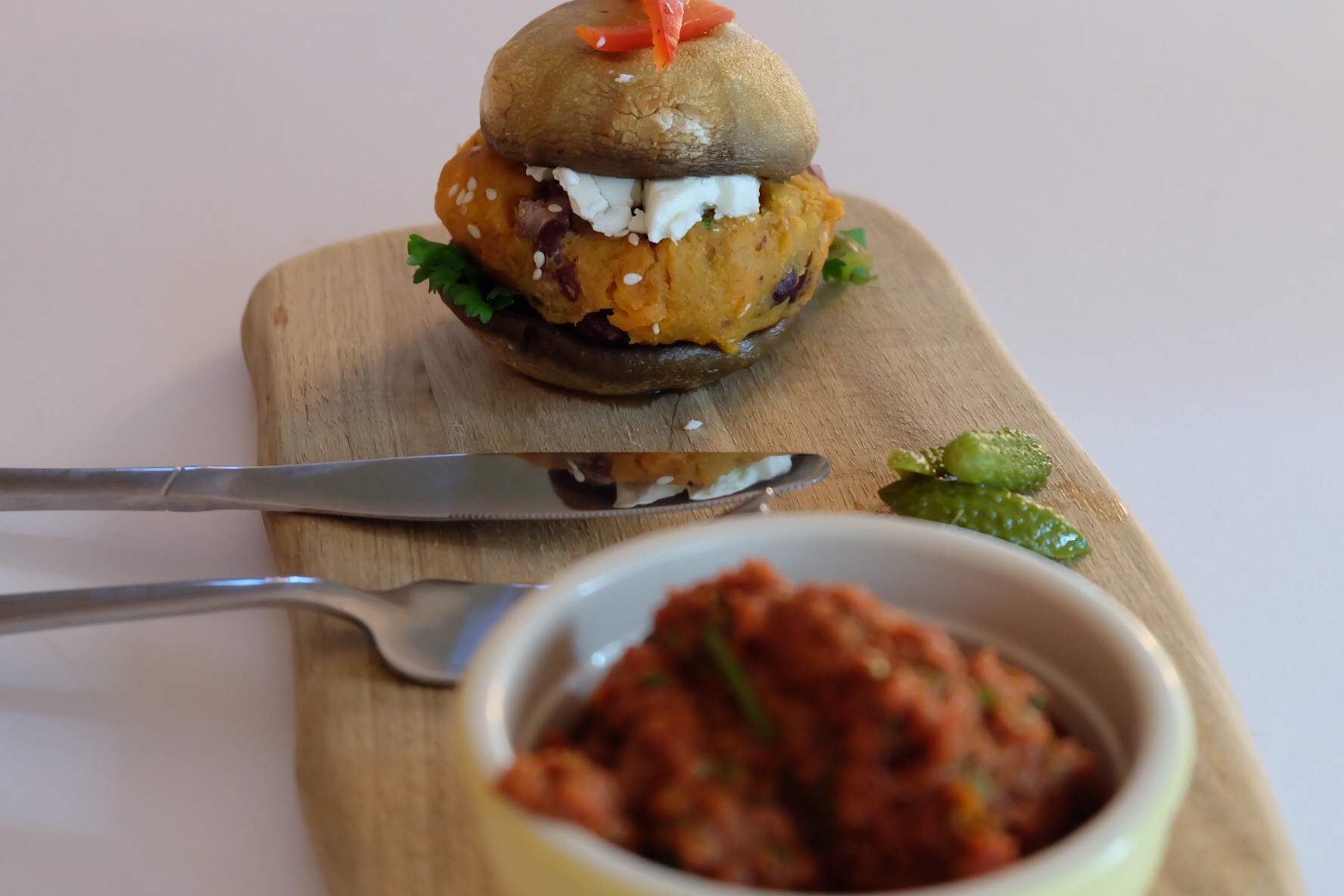 Hey folks. I’m writing this on a sweaty train home from the big LDN. I would complain more but I’m clutching a small Zara bag between my thighs so guess who’s winning (me, that’s who).

First off, this was supposed to  be a ‘trio of recipes’ post. As in ‘uno, dos, tres’. And I did even photograph my Greek inspired chicken meal on Monday but TBH after making this burger recipe I was like nah ah, this deserves the whoooooole post. Because it’s way sexier than anything else I’m gonna eat this week. (Soz Max, dinners are looking like cardboard for Thursday/Friday lols)

So here’s the thing; I’m not vegan. But Max’s little sister is and she was like ‘oh do a post with vegan recipes‘ and then she shared a video of cows going to the slaughter house so this happened. And I’m really glad it did because it’s HEALTHY & I’m not even killing anything fluffy or cute or nothing.

And it’s easy and gluten free. This can 100% be made after a poop day at work. Don’t gimme any excuses because I’m writing it all down for you and making it super easy.

When looking for food inspo, I tend to google around the thing I’m looking for. I’ll then look at a few recipes and take the bits I want from each (usually all the carbs, gimme all carbs).

Here’s the recipe. The way I did it. Soz about crap photos but it’s always so bloody dark when I get home that these pictures were never gonna be majestic: 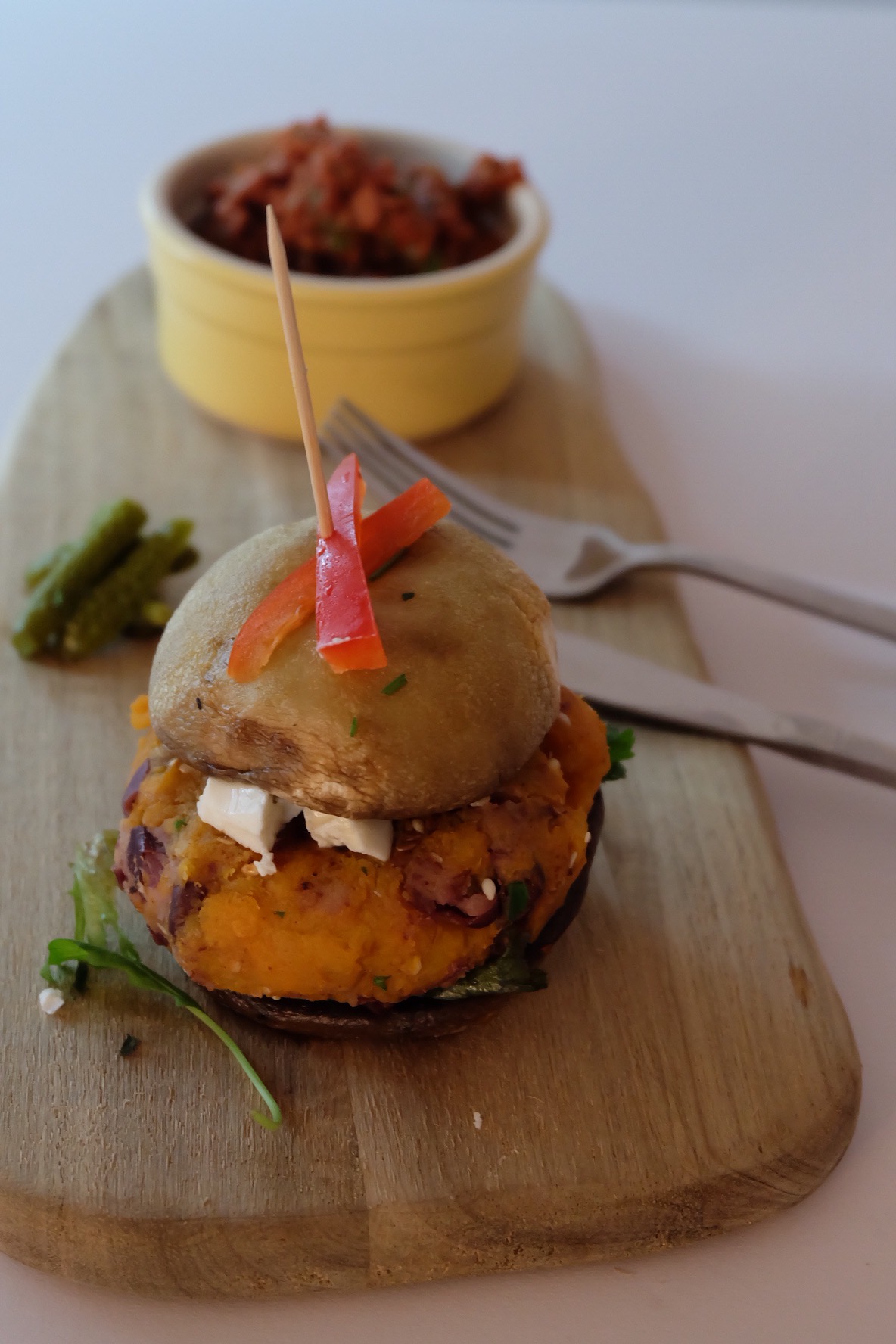 Feta Cheese (optional, depending on whether you’re a fake vegan like me or a real vegan like Max’s little sister)

Okay first things first. Slap on some sweet 90s RNB because it make’s cooking slightly groovier. Change into your comfiest pair of joggers. Scrape back your hair into the classic ‘messy bun’. Now you’re ready to get down to business in the kitchen.

Peel your sweet potato and cut into small chunks. Stick them on the boil until they’re soft.

Whilst you’re waiting, make your sun dried tomato dip. (FYI this is important. Adds so flippin’ much to this recipe). In a food processor, combine sun dried tomatoes, garlic, fresh parsley and a dash of almond milk or water (loosens the mixture up a bit). And that, my pals, is your dip. See, so simple.

Once your sweet potato is all soft, mash it up in a bowl with the kidney beans, all the spices and the fresh chopped parsley. Don’t make it completely smooth, keep it a little bit rough textured. Next, shape the mixture into burger pattys and roll them in sesame seeds. 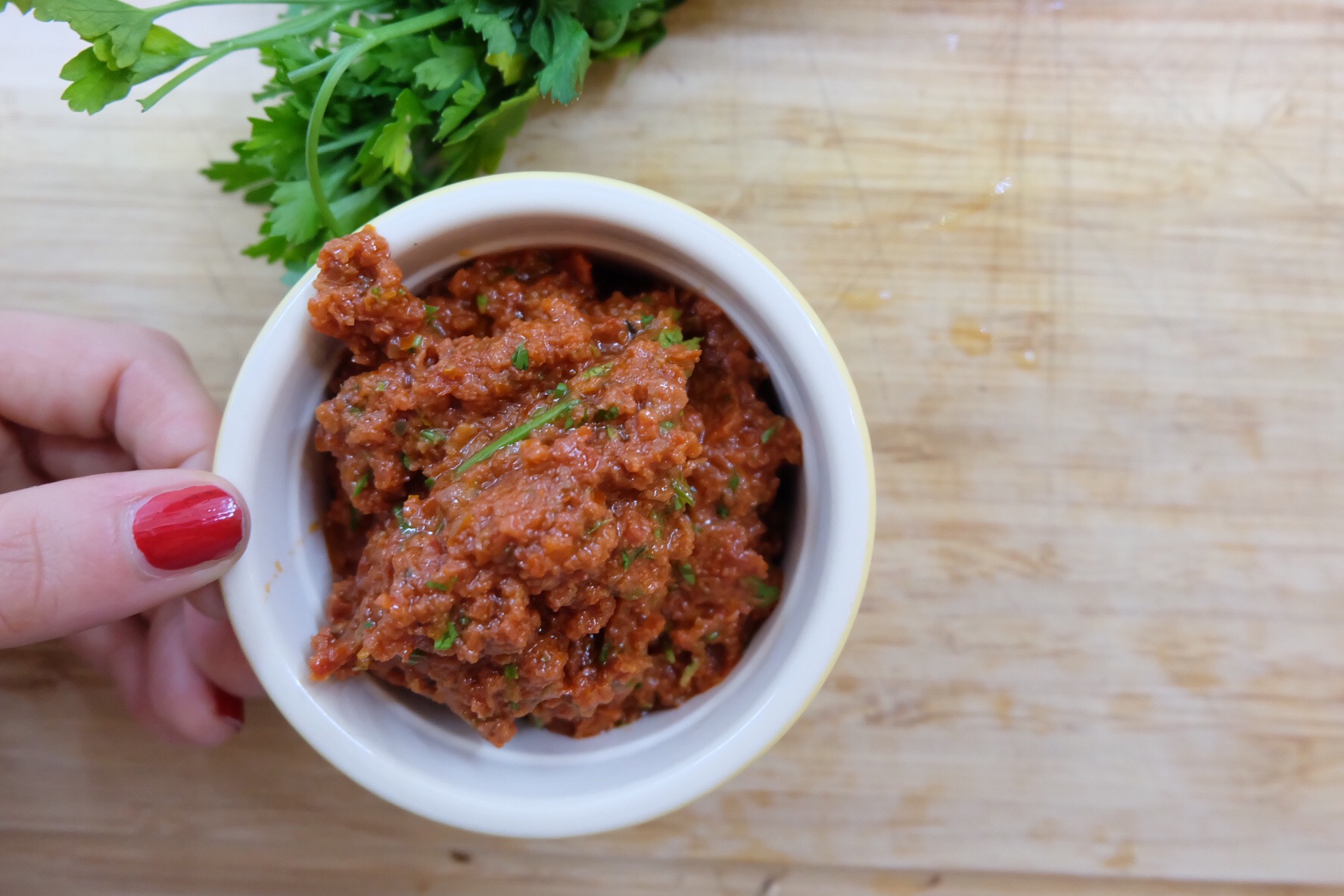 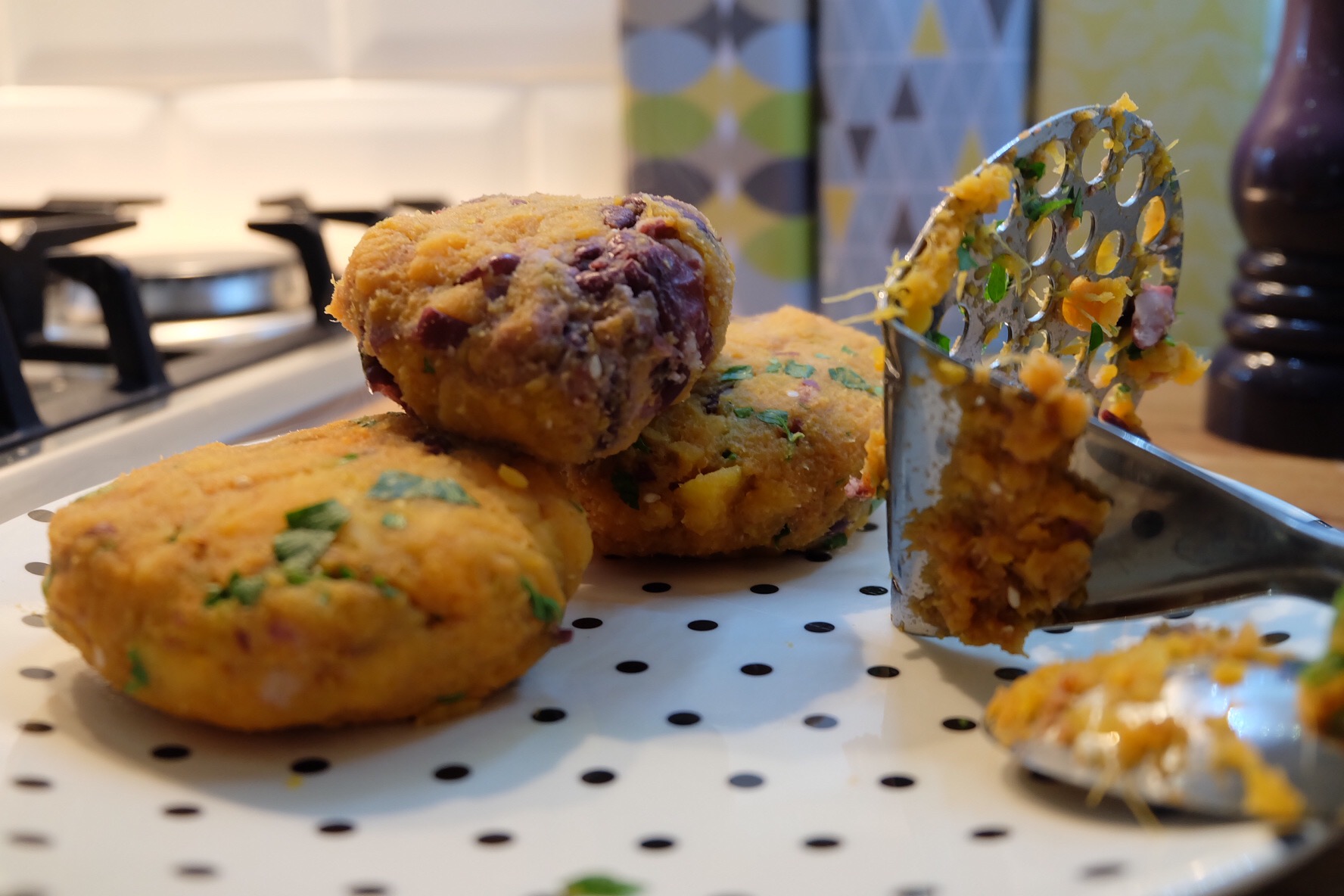 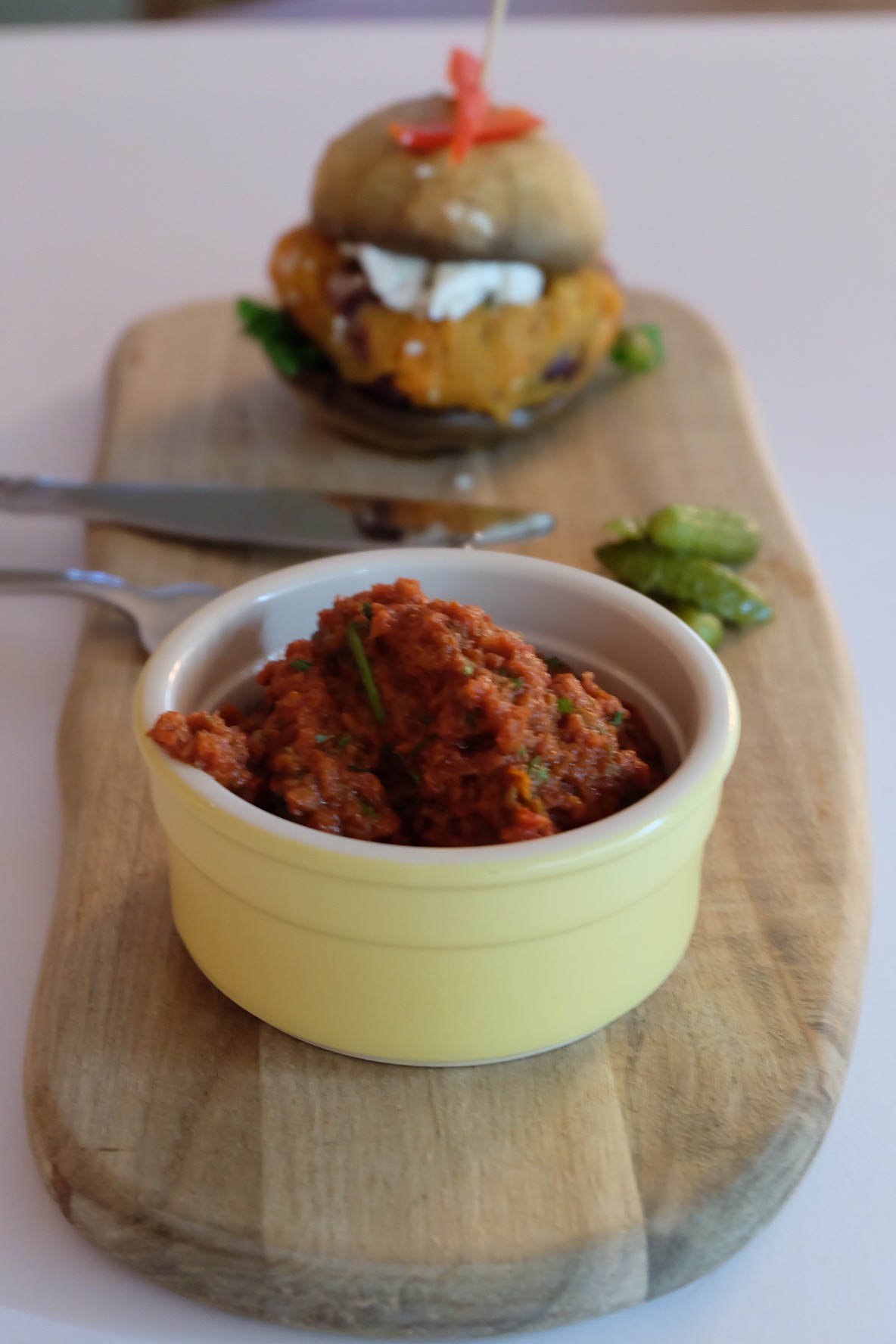 Place your big flat mushrooms on a baking tray and drizzle with olive oil. Put them in the oven on 200 for about 15 minutes until they’re piping hot. Whilst these are cooking, fry your burgers in a pan until cooked through.

Now it’s time to assemble (and to flick on Planet Earth 2, because one heck of a programme eh). Put one flat mushroom on the plate, layer with a bit of salad and sun dried tomato dip. Place the sweet potato burger patty on top and spread some more sun dried tomato dip on. Are you getting how much I love the dip yet?

Okay and this is when I get all un-vegan. It kinda happened last minute because WHAT IS A BURGER WITHOUT CHEESE. Also because, hey, I’m no proper vegan lets be honest. So I crumbled on some creamy feta cheese on the sweet potato burger before placing my second flat mushroom on top.

I served with some sliced pickles. I crave ’em like a pregnant lady.

And that is my sexy sweet potato burger. I guess if you wanted to get all pedantic about it then I suppose it’s a vegetable stack. But I really, really want to call it a burger, so back the ‘F’ off.

Oh and guess what? If you have left over pattys these would so double up as a breakfast alternative topped with avo and poached egg. Just saying. 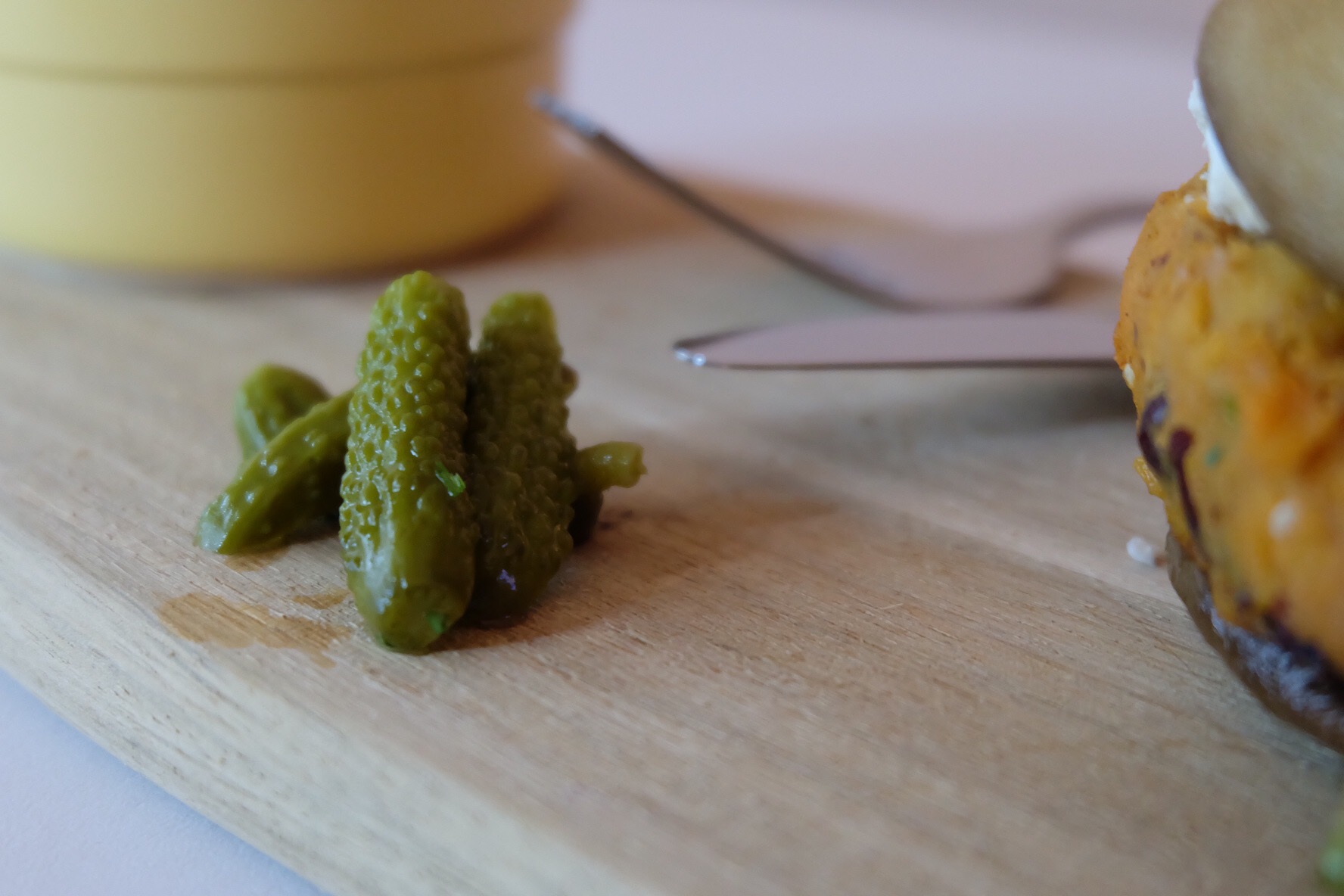 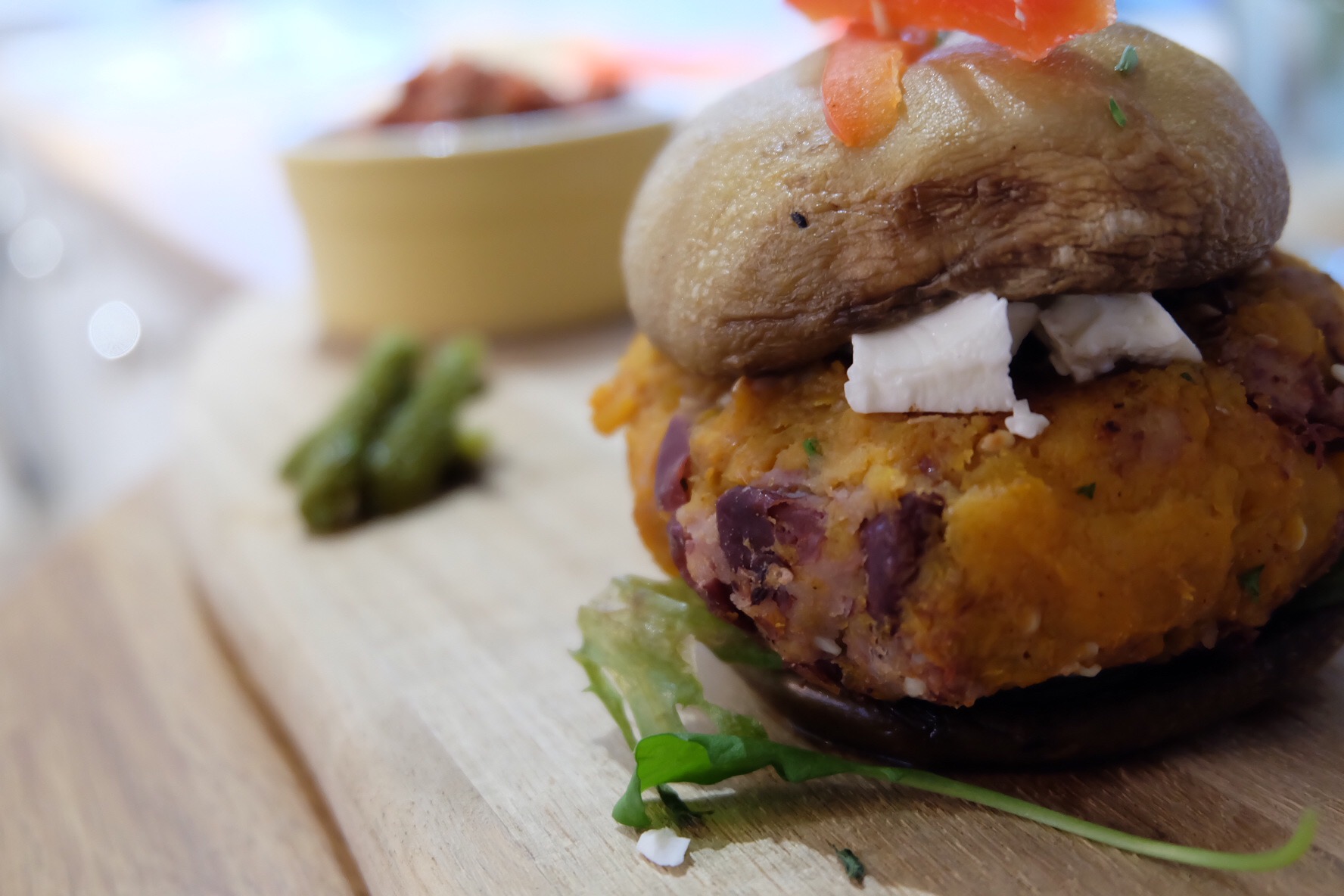