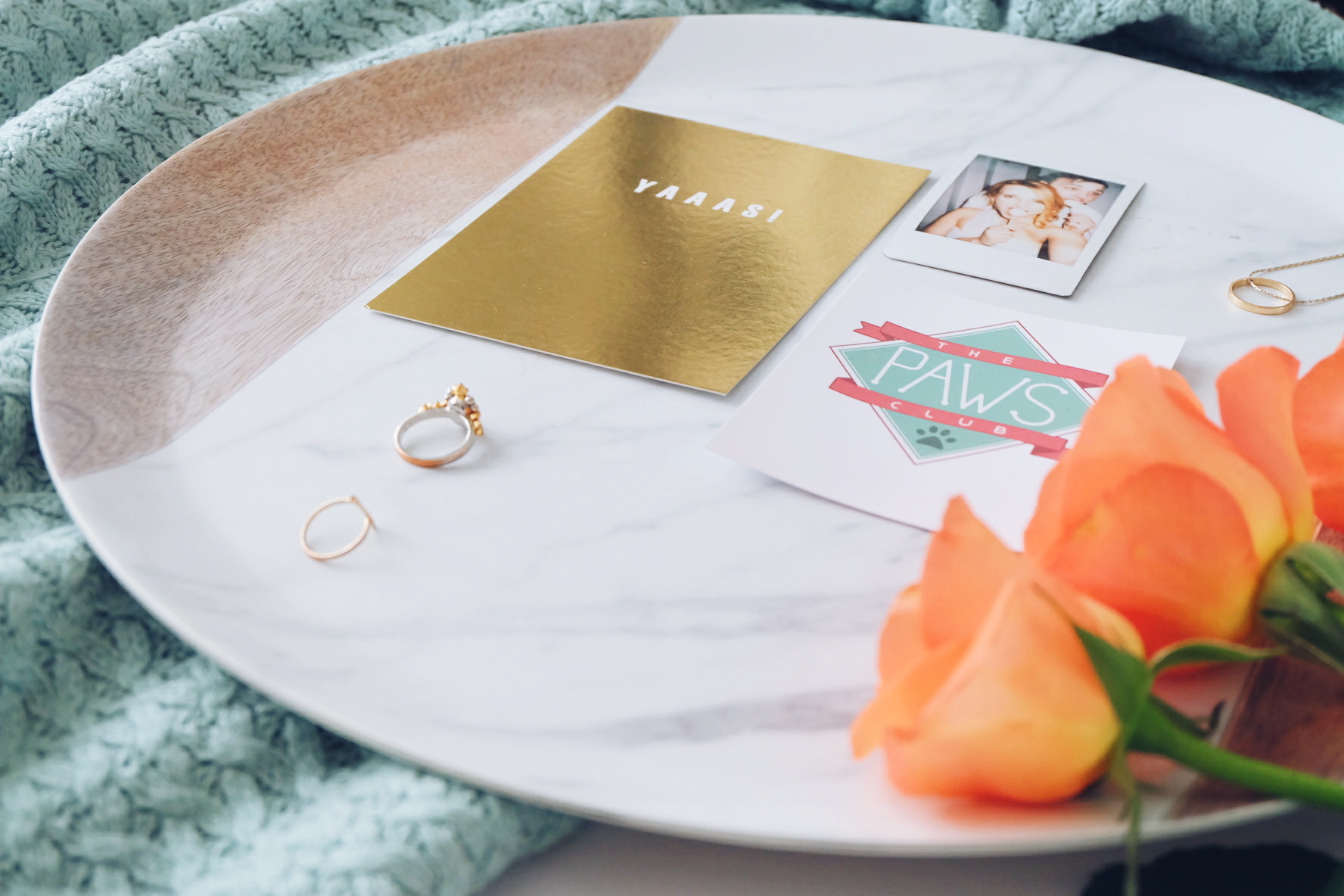 Just to clarify in a BIG way, no I’m not preggers. I know the title makes it sound a tad like I’m a Mumma-to-be but no, that’s just pizza and cake in my belly. Nom.

I’m guessing most new Mums are gonna freakin’ hate this post but here goes. The other morning in bed, Max and I did our usual evaluation of how the dogs had slept the night before – ‘oh haven’t they been good? Only had to get up once’ or ‘hopefully she’ll get into a better sleep routine once she’s settled’. And then we had a light chuckle, like LOL isn’t this a great prep for when we might one day in the very distant future, ‘WHOA NOT TOO SOON’, have real life human babies.

Because yes, human babies aren’t covered head to toe in fur and generally (as far as I know?) don’t have tails. But hear me out, because I think there’s a lot more in common with dog mums & human mums than not…

BEING UP ALL HOURS OF THE NIGHT

I put all the fur monsters in my care to bed in the same way; settle them down, give them a bit of fuss and reiterate to them ‘it’s bedtime now’ in my very best soothing dog mumma voice. I’m telling them (pleading with them, really) that it’s time to go to sleep. I turn all the lights off and tip toe to my bedroom, closing the door gently.

And then (sometimes, on occasions) it begins.

The little barks. The howling. The ‘OH MY GOSH PLEASE DON’T LEAVE ME I’M NOT USED TO BEING ON MY OWN’.

And I can spend most of the night up & down like a jack-in-a-box playing dog mum. The only difference between dogs & human babies is THANK THE LORD that I do not have to have them hanging off the end of my boob. Puppies have very sharp teeth don’t you know. 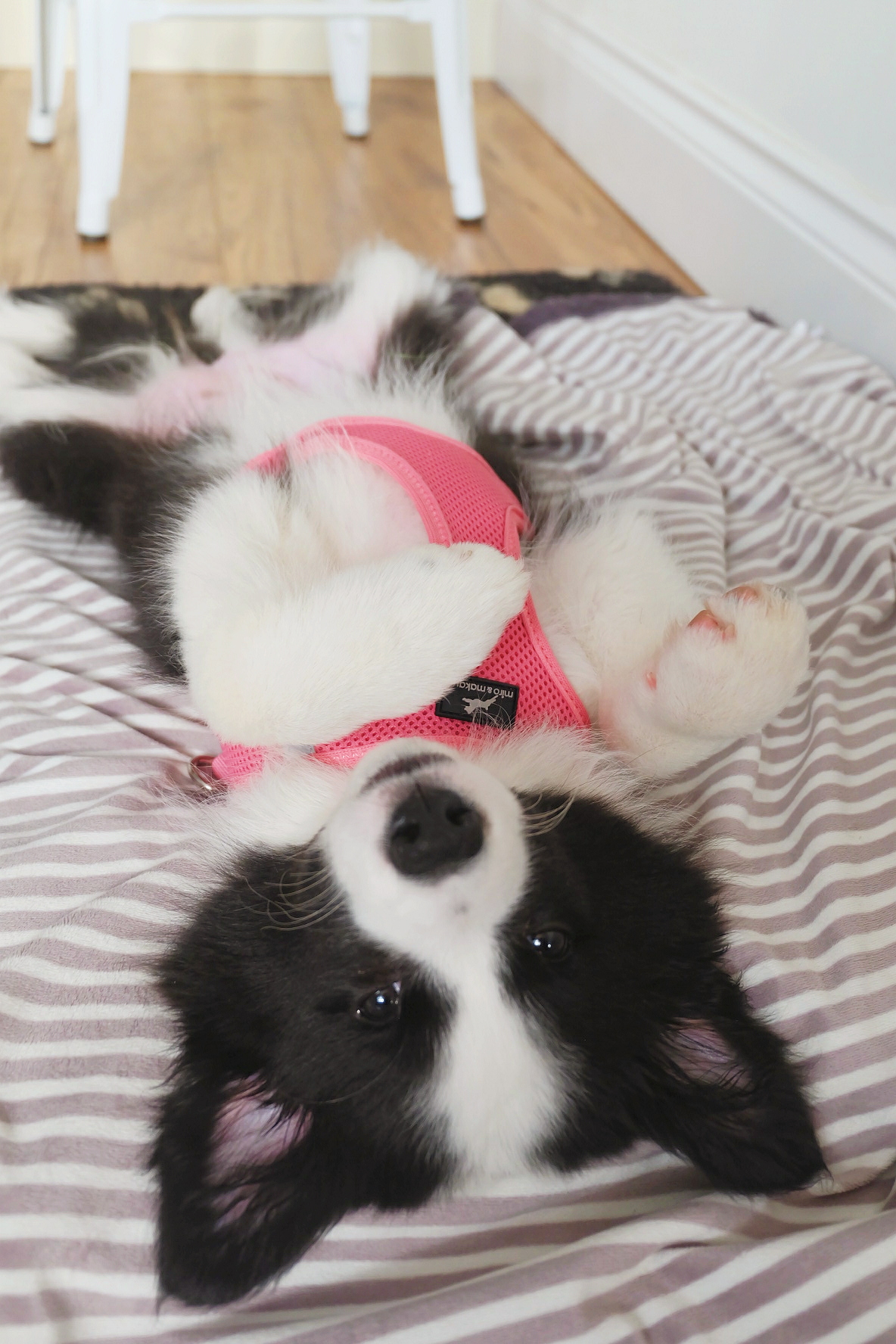 Many people ask me ‘isn’t it really rank clearing up poo all the time?’

And I’m like, um no not really because you kinda just get used to it and crack on. I’m a hardened dog mum, just like I imagine real Mums to be. Oh there goes more poop, better get that shit cleared up. You gotta do what you gotta do. Like the other morning when a teeny tiny dog decided to poop and then sit in it.

My response? ‘Oh hun, lets get you hosed down in the garden.’ (Do parents hose their children down? IDK but I’m keeping that trick for when I produce teeny tiny versions of myself – less mess, more sanity)

Yep, on the odd occasions some dogs get a little overexcited, car sick or greedy and end up spewing all over the shop. Like a human baby. Except dog sick is really stinky, like a mix of gone off food, poo & acid. I can’t make a comparison with human baby sick because can’t say I’ve ever got a good whiff of it. Can anyone fill me in on this one?

Anyway, no baby sick can ever be as a bad as a whacking great big fur monster heaving up all over the place can it? Human baby; I have so got this.

My Friday nights are less Sambuca & Brush Anthems and more M&S dine in for 2 & dog cuddles. I’ve swapped out lashings of wine for green tea, and hangover Saturdays for early morning strolls in the sunshine. Not gonna lie, I feel bloody better for it. And so does my bank balance.

Not sure there’s anything ‘fresh’ about being a new parent though, and I’m pretty sure the bank balance doesn’t start feeling healthy for a very long time after that child pops out your vajay-jay. But there’s certainly a similarity in the turning down of invites to spend time in at home, watching the little ones.

Big fat sorry to all my pals that see less of this moon face now. Miss you all, but duty calls. 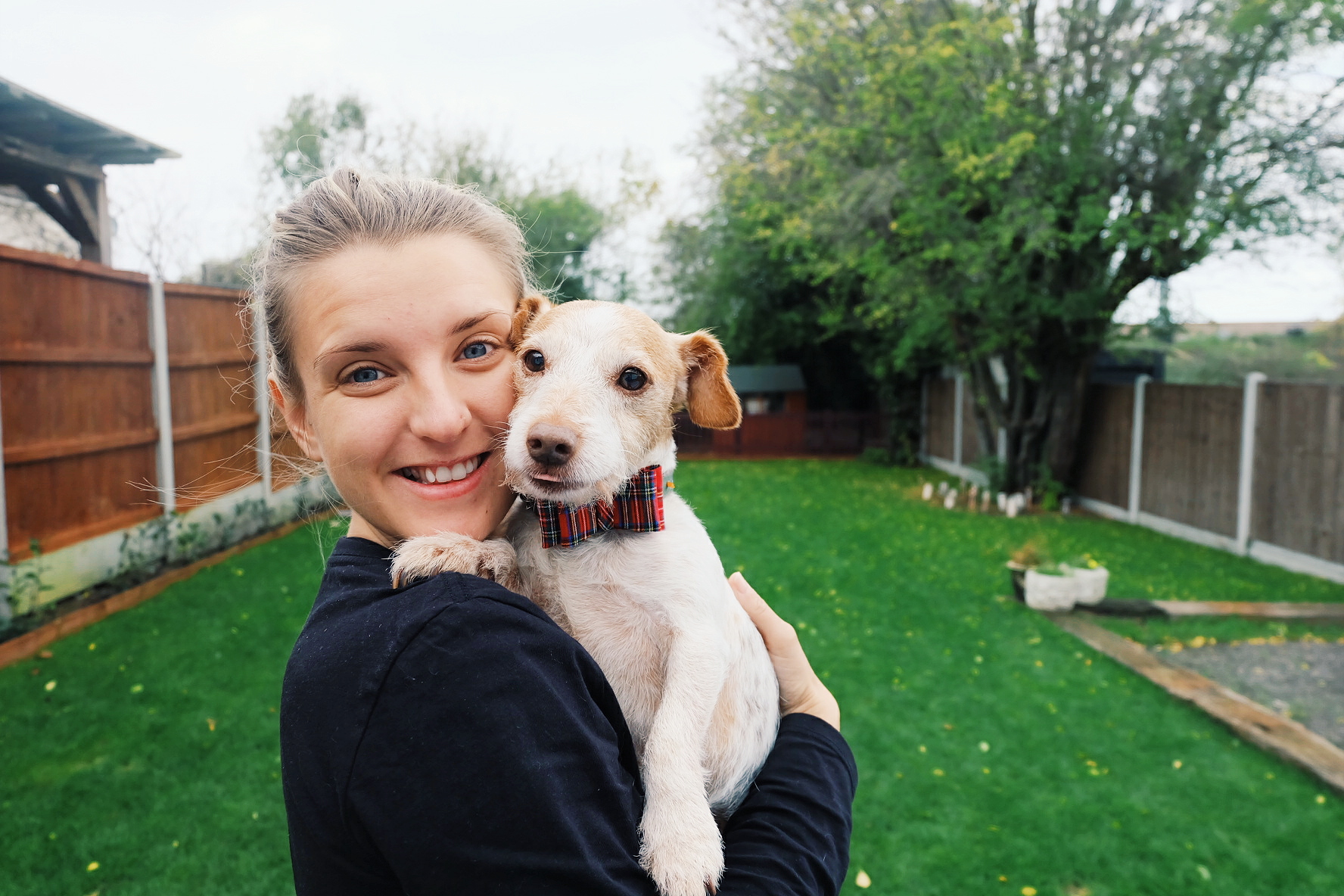 SHARING AN INAPPRORIATE AMOUNT OF PHOTOS ON SOCIAL MEDIA

‘Oh have you seen the dogs I looked after today? No? OKAY LET ME SHOW YOU 2893 PHOTOS OF THEM, THEY SO CUTE.‘

Sorry not sorry. And my pal asked me yesterday if I would do the same when I have real human babies and I said hell yes. Facebook ain’t getting away so lightly when I pop actual babies out, nah ah.

GETTING MAD AT THE OTHER HALF FOR COMING HOME TOO NOISY

Max arrives home at 11.30pm. Cue all the barking & crazy tapping around on the laminate floor whilst I try and calm them with my soothing dog voice (you really have to hear it, it’s quite good).

The dog is saying ‘JADE THERE IS A FLIPPIN’ BURGLAR IN THIS ESTABLISHMENT’ and I’m like ‘oh babe you woke the babies’.

Do you know, I’d go as far to say that babies don’t wake half as easy as dogs because their noses and ears are waaaaaay too small. But if anyone wants to argue that point I’m game. 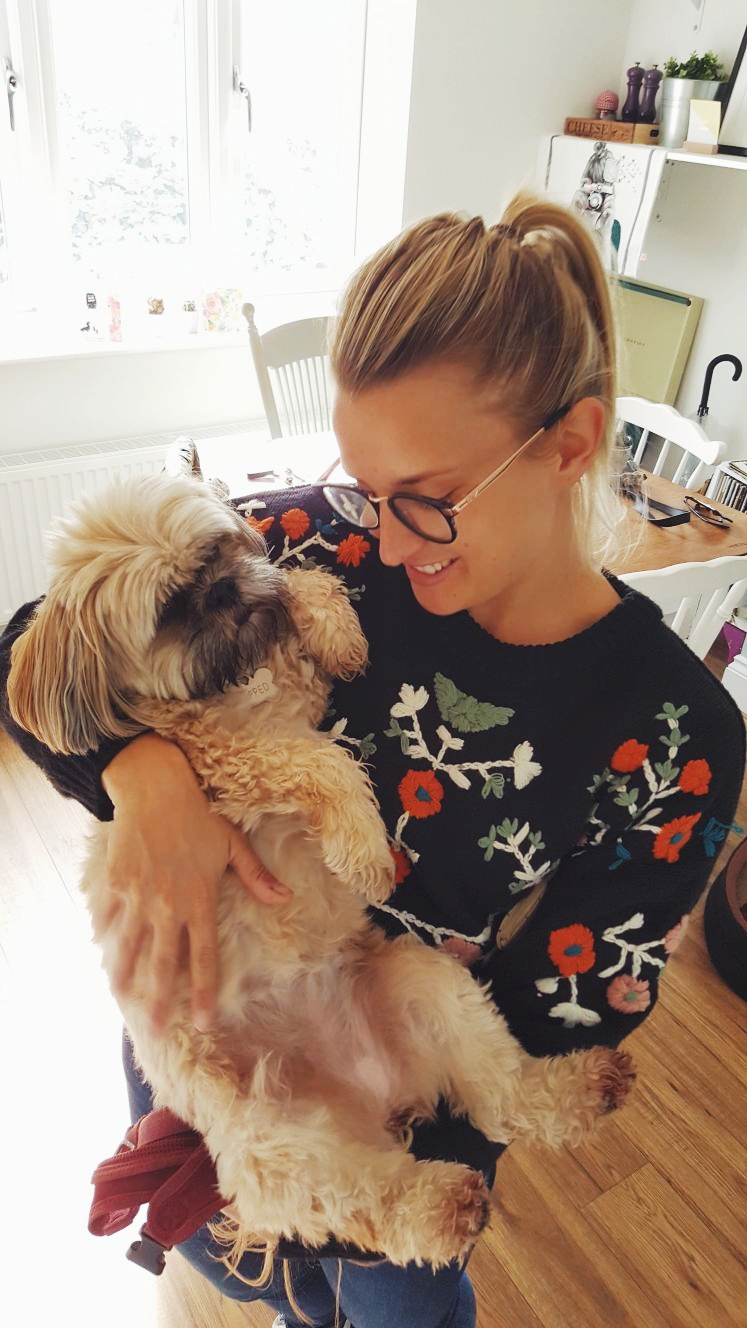 WHEN ALL ELSE FAILS, PLACATE THEM WITH TREATS

Do you know what keeps both children & dogs tip-top happy? Treats.

Need to get some washing done but your fur baby/real baby is being super needy? Throw treats at them. A good chew/sugary snack will keep them entertained for at least 12 minutes before you need to show them some attention again.

Am I right or am I right?

AND FINALLY…BEING WATCHED IN THE SHOWER

I’ve heard through the grapevine from all my chums with children that shower time is no longer a relaxing moment in the day with kids.

Well I’ve got news for you – it’s not with dogs either.

There have been many occasions where I’ve had my eyes closed washing my hair only to open them & find a pooch staring me out at the end of the shower tray. Or worse, they’ve clambered into our walk in shower just to be extra super close to me, soapy water now crashing down upon their paws.

Buster, I’m butt naked & tryna get some relax time. Back off mate.

So you see, I feel that I’m nearly fully prepped for all this human baby malarkey. Apart from the whole squeezing a person out of unspeakable places, I’ve basically done it all.

Have a lovely Sunday evening folks. 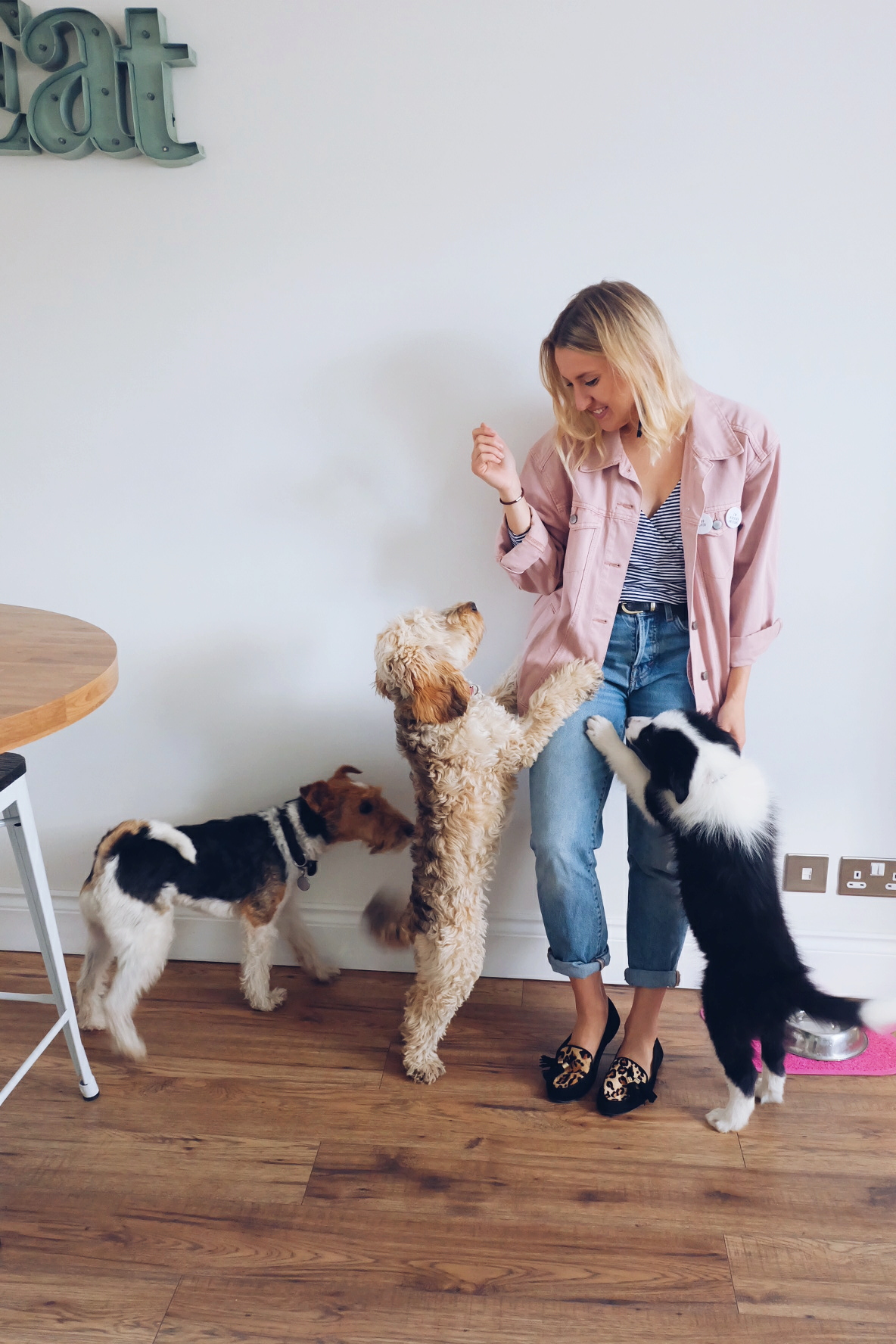