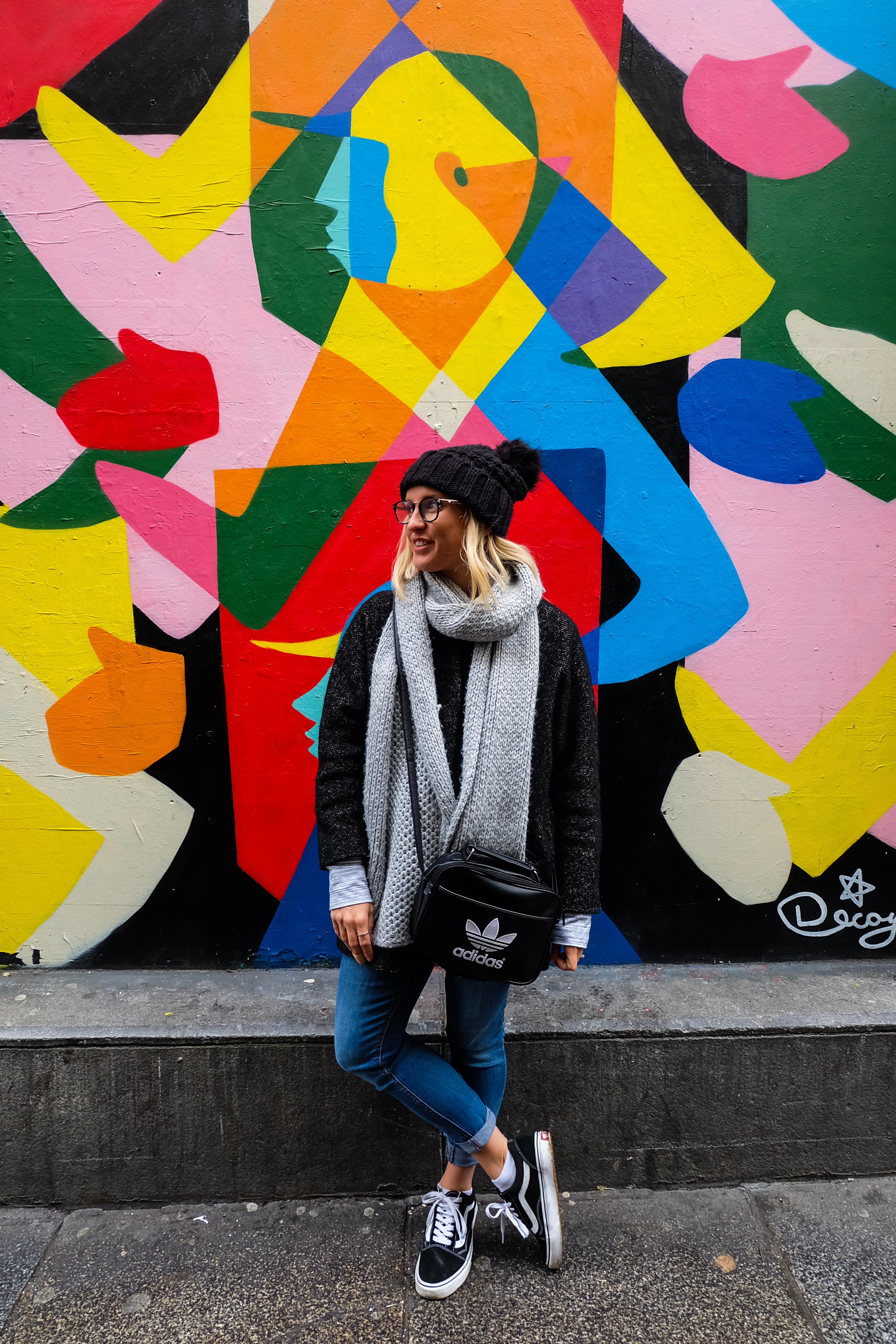 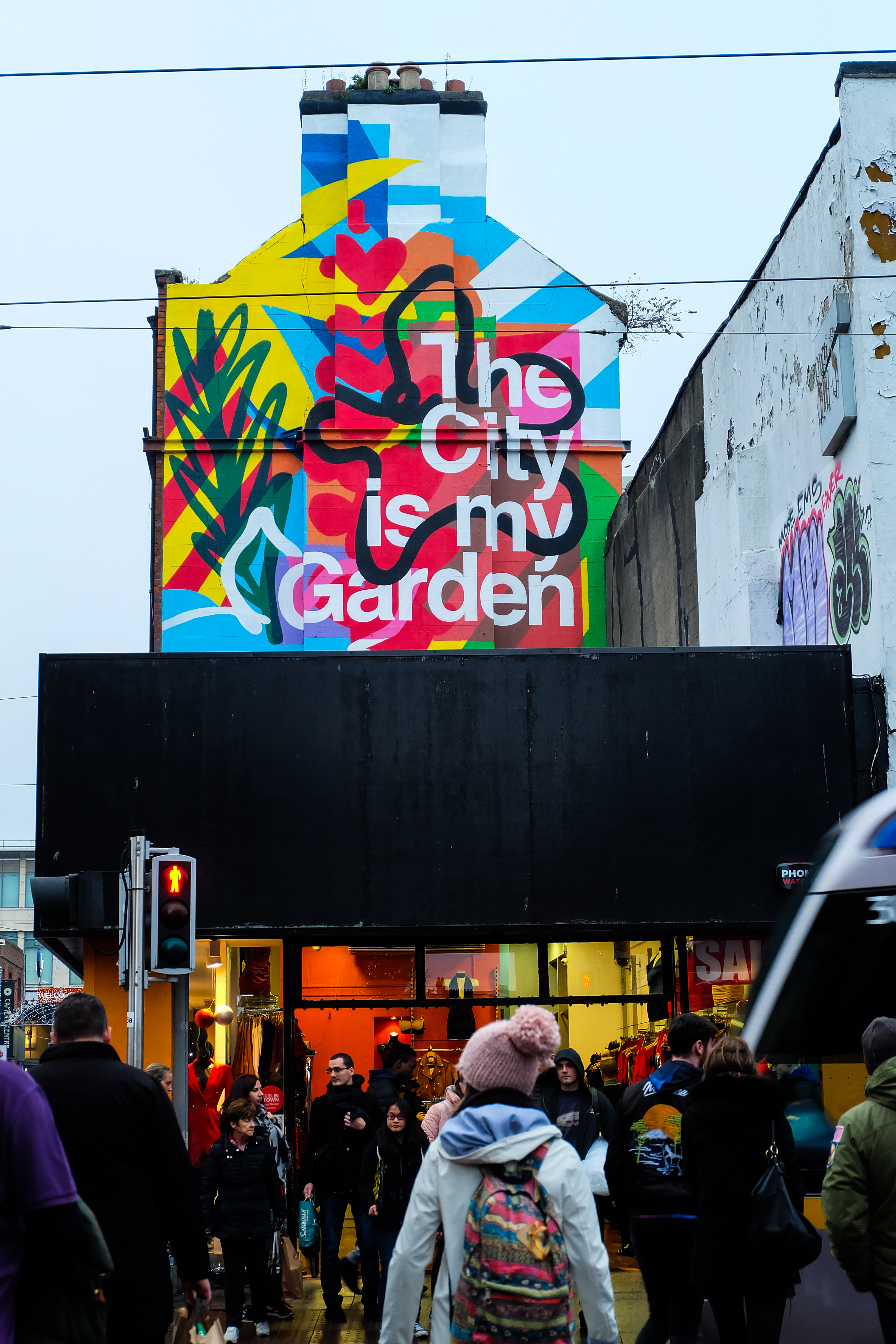 I’m sitting at home, with my new Hazza Potter slippers on. Miracle on 34th Street is on TV & I have five dogs snoring away on various beds scattered around our lounge.

I have a whole bunch of time to write blog posts and yet, I’m really struggling to get into the flow of things recently. I think (THINK) when I leave it a while I then feel under super amounts of pressure to write something awesome & ground-breaking. But here I am, with a modest little travel post for ya.

I need to stop being so hard on myself.

The city of green & boozing & quaint little pubs & all the food.

When we arrived, we jumped in a taxi with a VERY Irish man (as in, he had an Irish accent. What a shocker).

‘First time in Dublin?’ (Imagine this in a VERY Irish accent)

‘You here to get drunk?’ (Again, with an Irish twang)

I mean, what a cracking way to start the trip? He then proceeded to add to his stereotypical Irishness by being adorably pessimistic (‘I feckin’ hate Christmas’) & giving us confusing but hilarious city info (‘it’s not really the season for live music. Live music is usually Autumn, or Spring. Summer. Sometimes Winter’).

So I can’t believe I’ve never been to Ireland. It’s so close. From Southend Airport (the best airport in the whole entire world, as far as I’m concerned), it took just under an hour. It pretty much took us the same amount of time to fly to Dublin as it does to get to central London.

My very amazing husband-to-be booked the trip, and as thus we stayed at The Spencer Hotel which is about a 15 minute walk from Temple Bar area. Everything you’d want from a city break hotel. A giant bed with a plump, white duvet & pillows. The type that make you feel like you’re sleeping on a giant cloud during your break away. It had Mr & Mrs sinks too, so y’know, we really were living the dream.

We didn’t really have much planned for our two nights away, other than drinking pints, exploring the cobbled streets & doing a spot of Christmas shopping. We’d also scheduled in a trip to the Guinness factory because ‘when in Dublin’ you know?

On arrival, we dumped our bags & headed for the Temple Bar area which is famed for it’s street of pubs & bars, and the stag & hen parties that litter the place of an evening.

The first pub we stumbled in was an Irish dream. Like, it couldn’t have got more Irish if it tried. It was a higgledy piggledy, wooden pub with sprawling rooms & different bar areas. In the middle, in amongst the jostle of the beer clutching crowds were two folk musicians playing guitar & banjo, traditional songs one after the other. We grabbed our first Guinness of the trip & spent a good two hours in awe.

Highlight? When they played The Pogues ‘Fairytale of New York’ and we swayed along with a throng of strangers. Just fabulous.

Later we realised that we were actually in THE Temple Bar. As in THE pub the street is named after. Go figures. 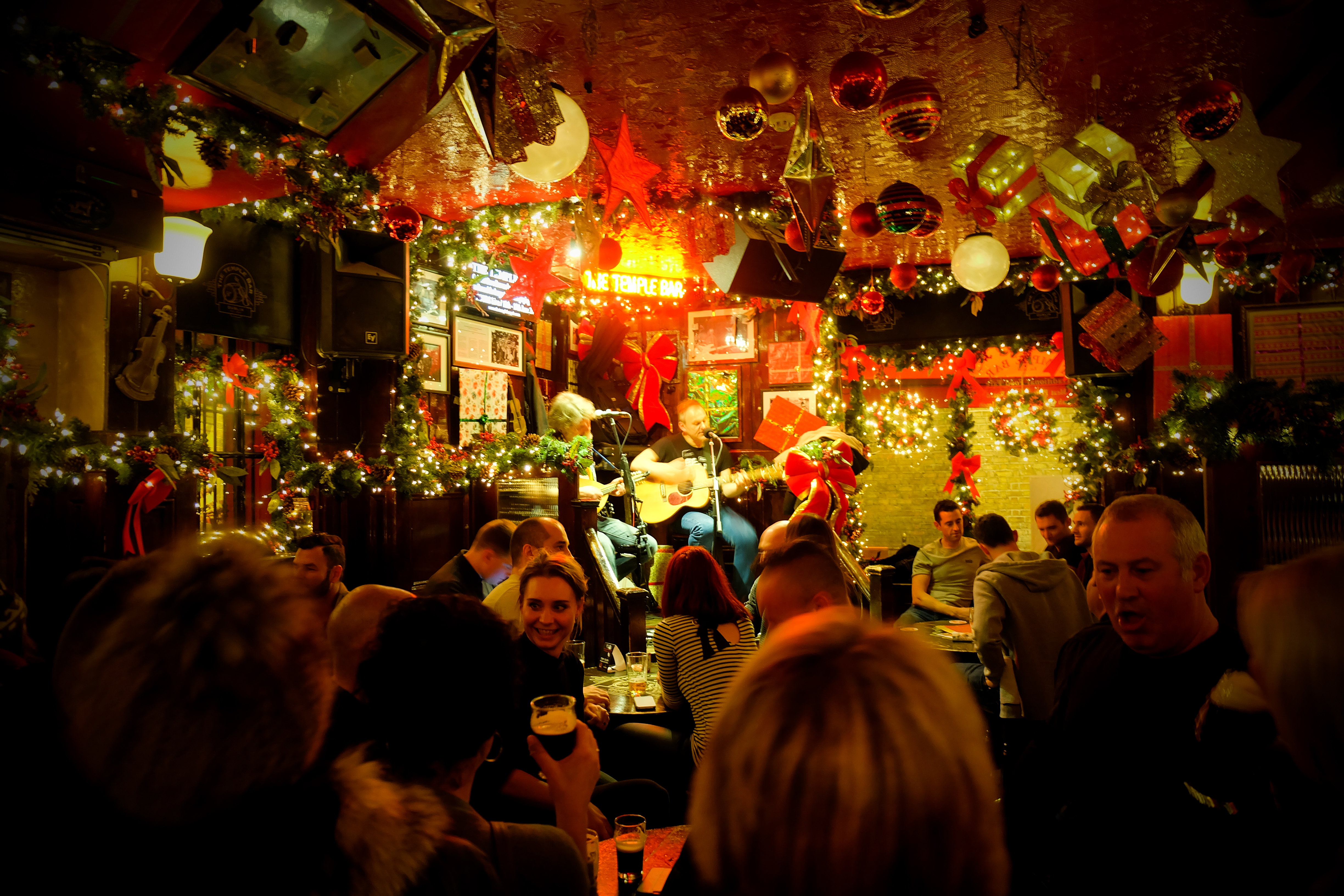 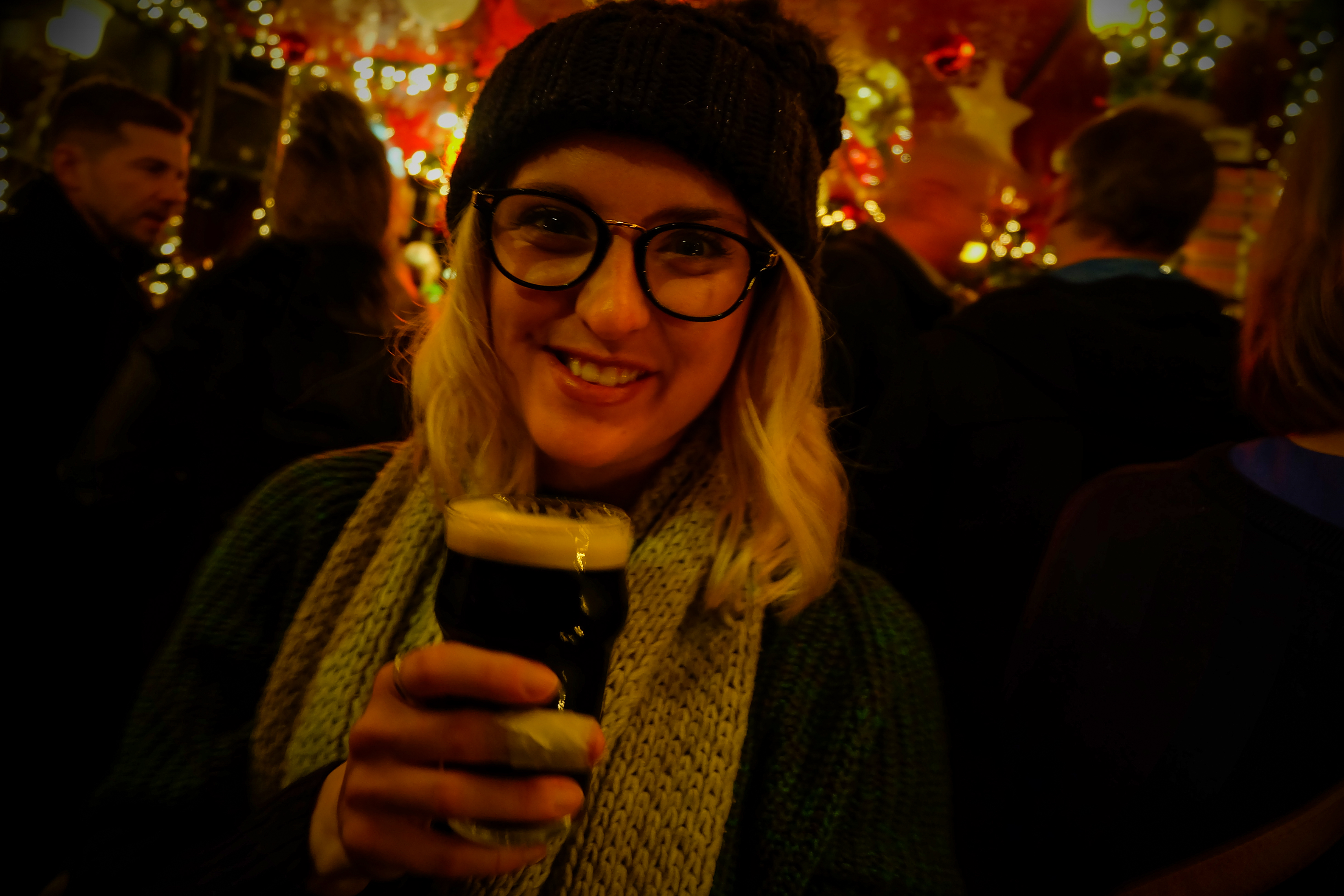 I think one of my favourite things about boozing in Dublin was that you didn’t need to dress up. Smart casual was A-Okay. It didn’t matter if I wore my bobble hat inside. No one batted an eye at my trainers. Everyone was just there to have a good time.

On our first morning we went in search of the ‘brunch of dreams’. Max & I have a thing about hunting out the best breakfast when we’re away on city breaks. And we did just that. We ended up in San Lorenzos whose tagline is #BRUNCHOFCHAMPIONS. Yaaaaaaas, mate. They had a coco pop waffle on the menu which a guy next to us ordered. It looked INSANE.

I however, went for a super boring brunch (that was absolutely delicious, but maybe not that insta worthy. But you can’t go through life just ordering food to be insta worthy can ya? Or I’d be about 25 stone heavier). I had a big, sexy plate of ham with poached eggs, asparagus & hollandaise sauce. And yup, this gal asked for extra hollandaise. I am so extra.

Maxwell opted for the bagel topped with smoked salmon & poached eggs. The whole thing was dreamy & the place had a real buzz about it. I can highly recommend. 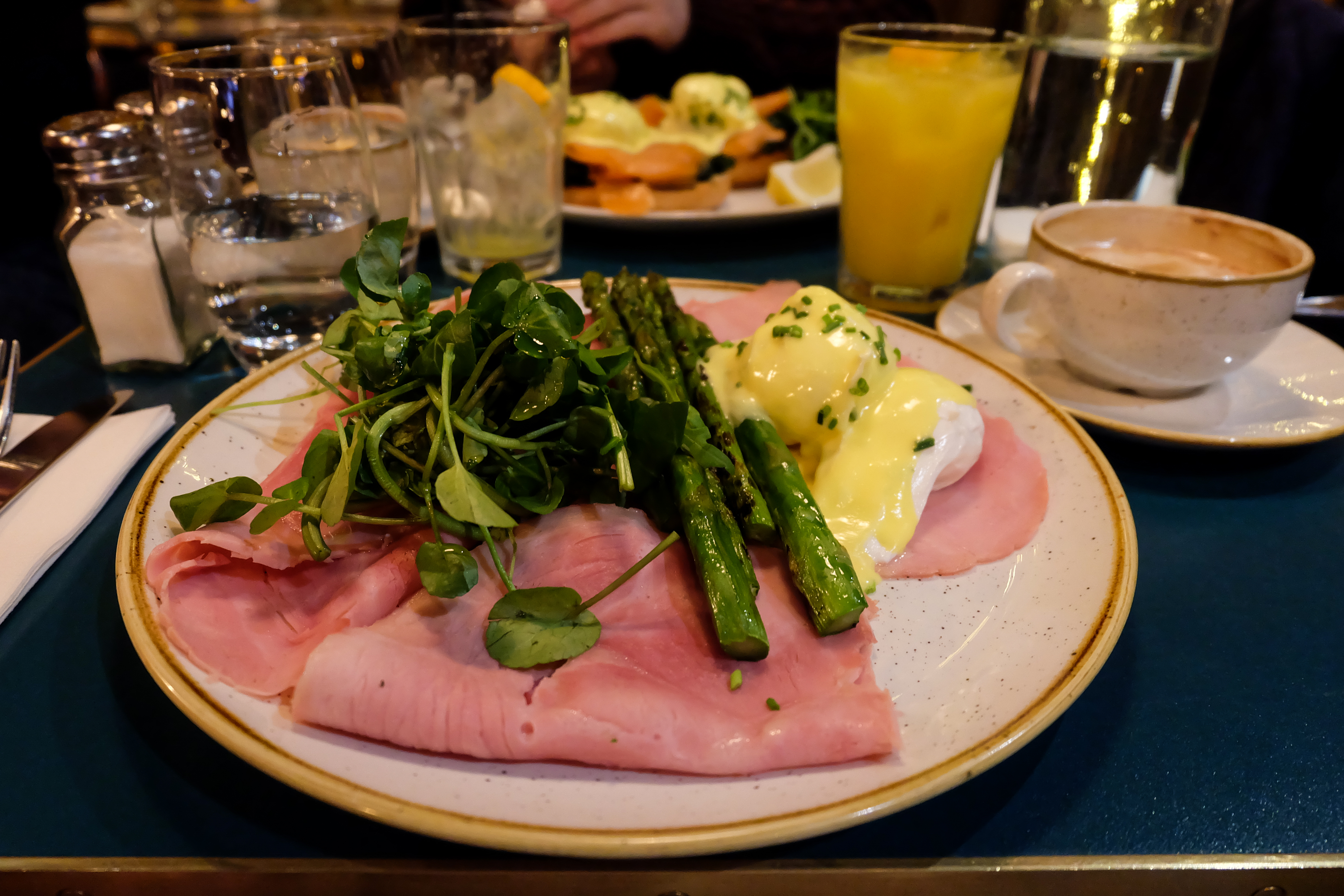 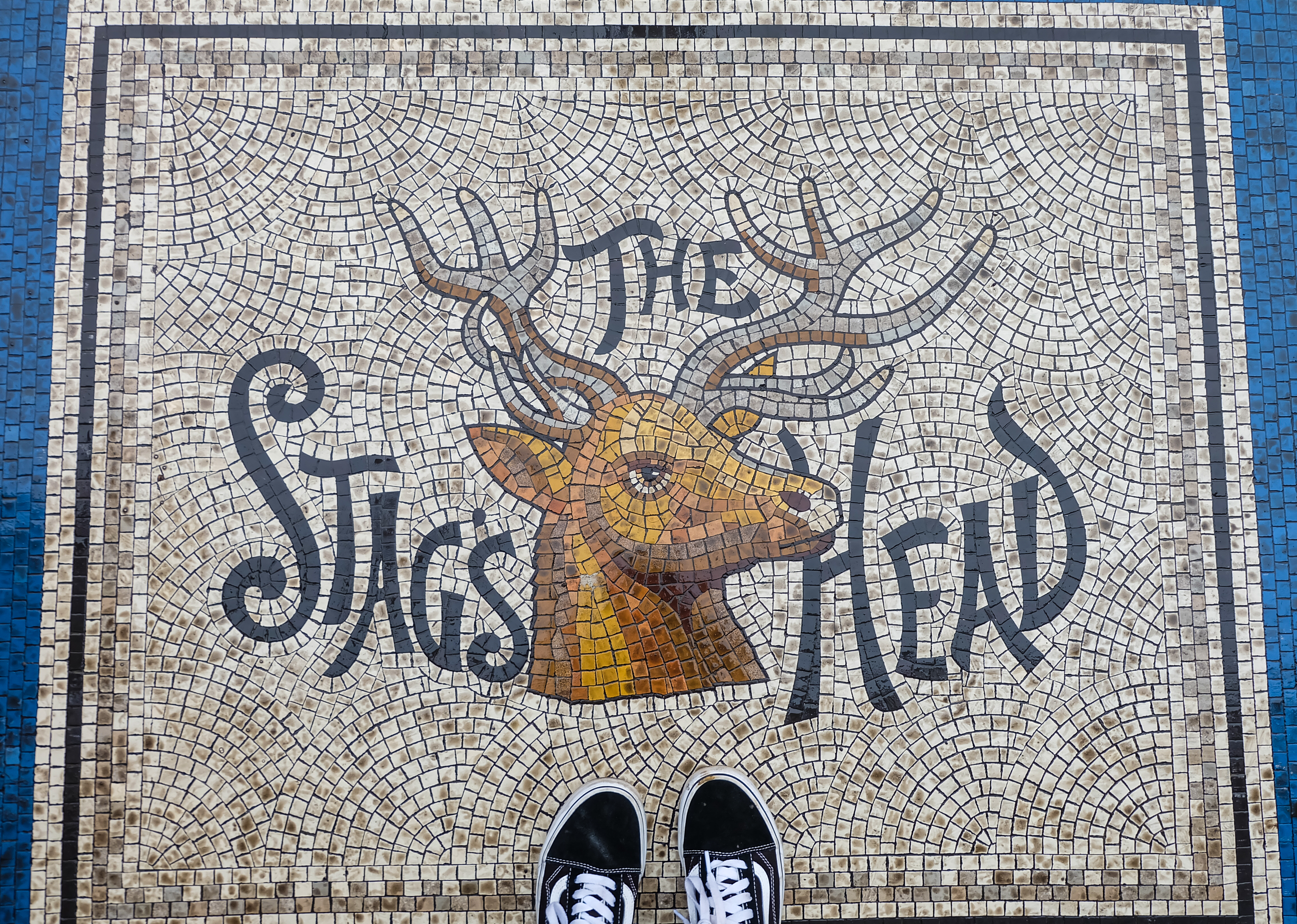 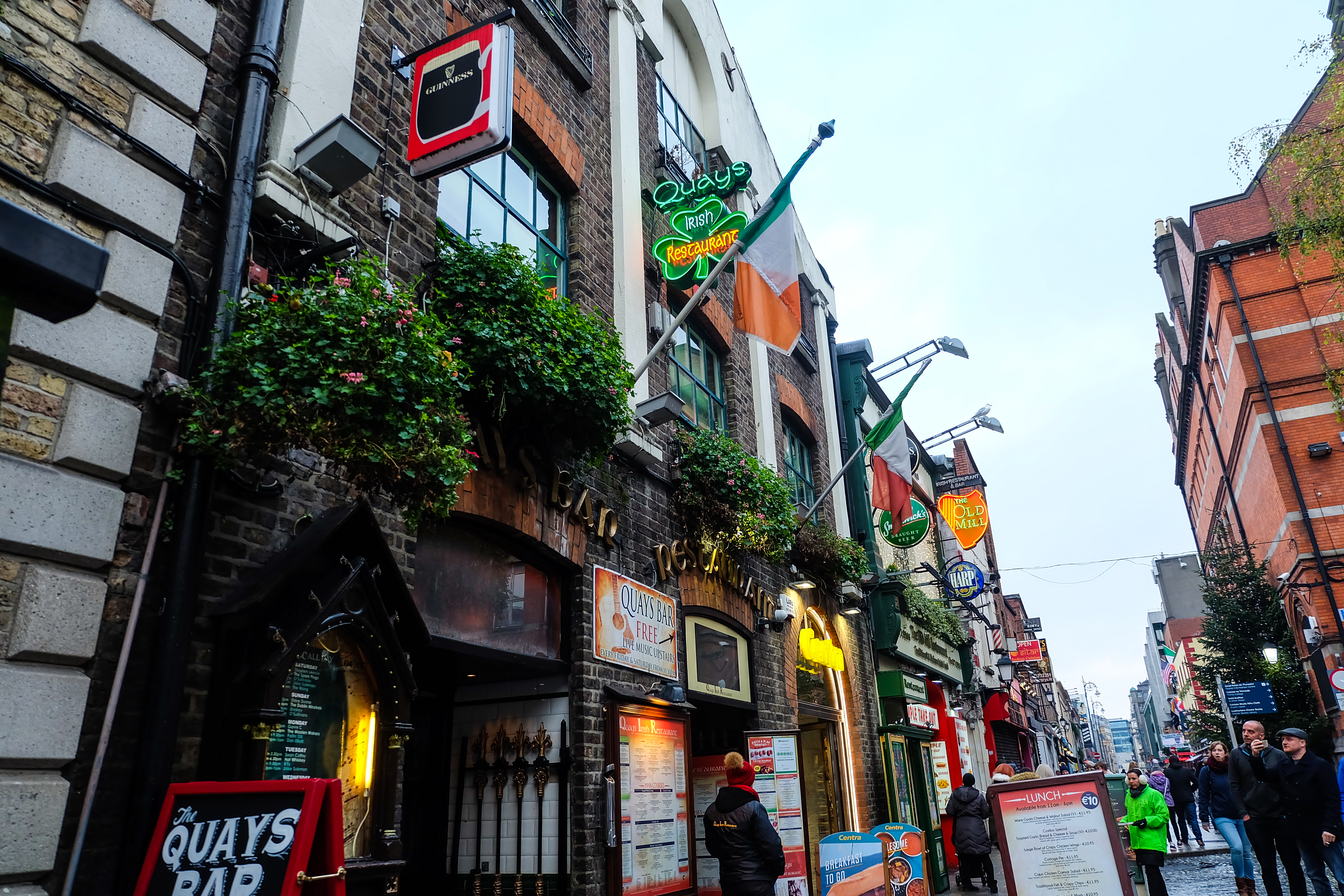 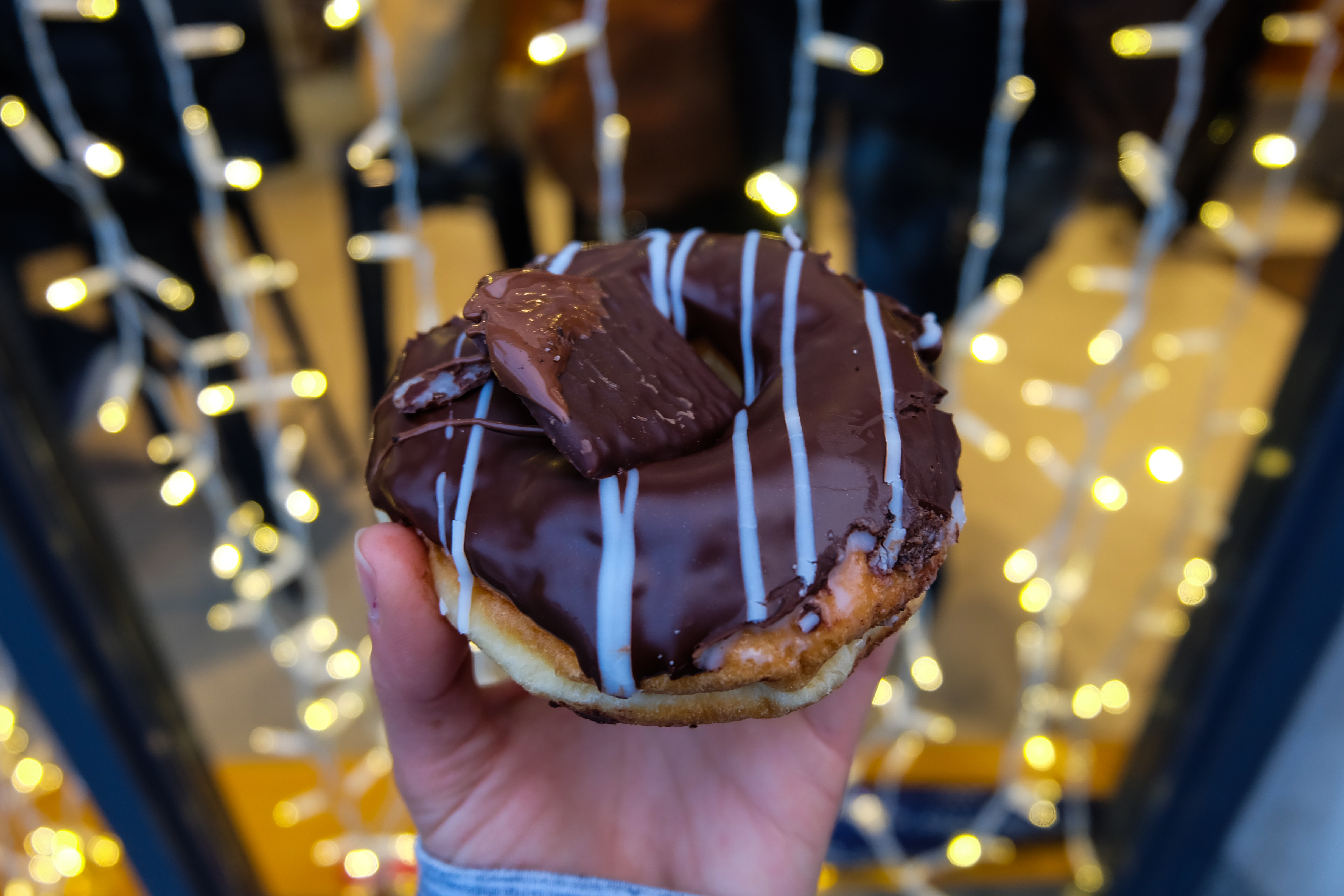 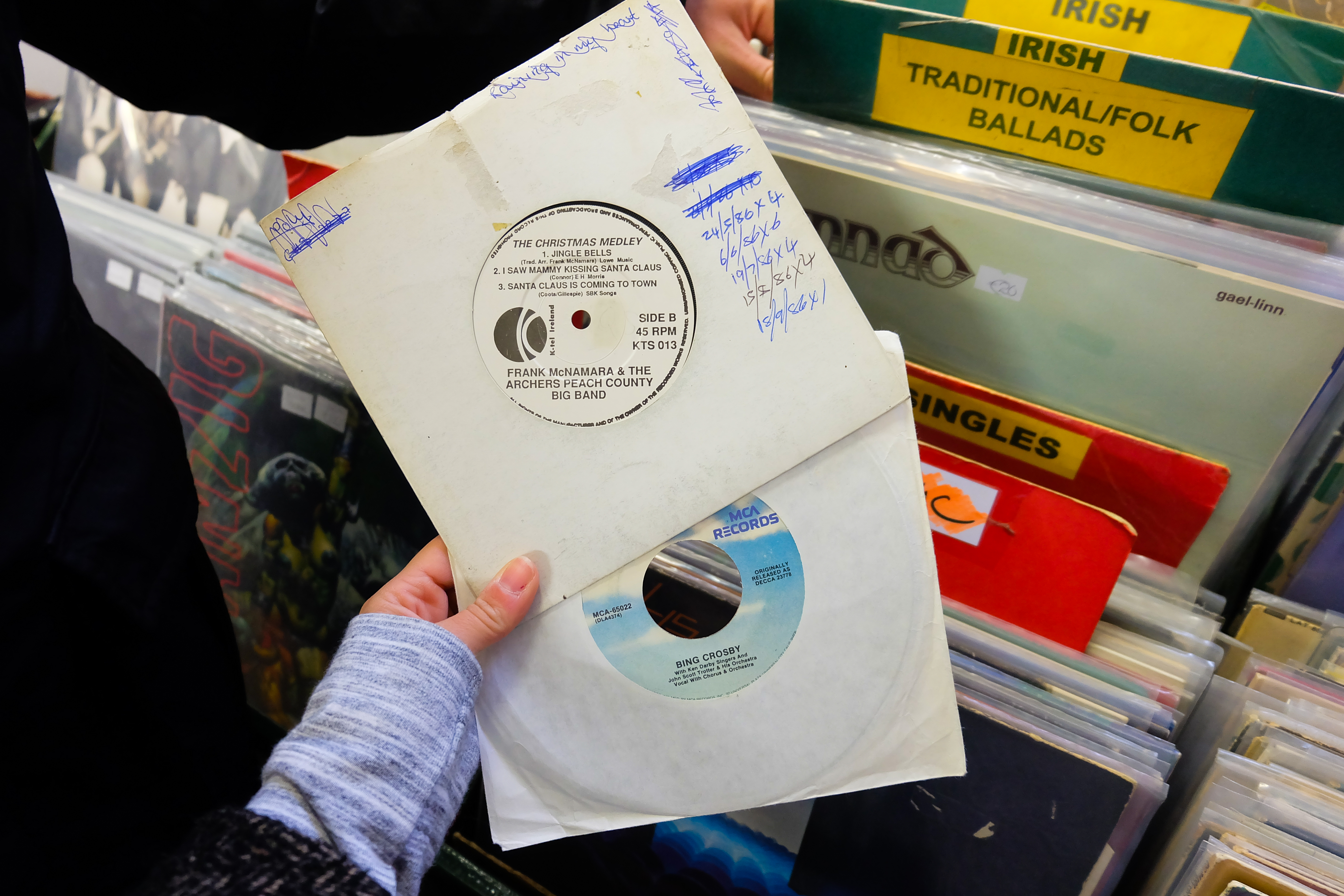 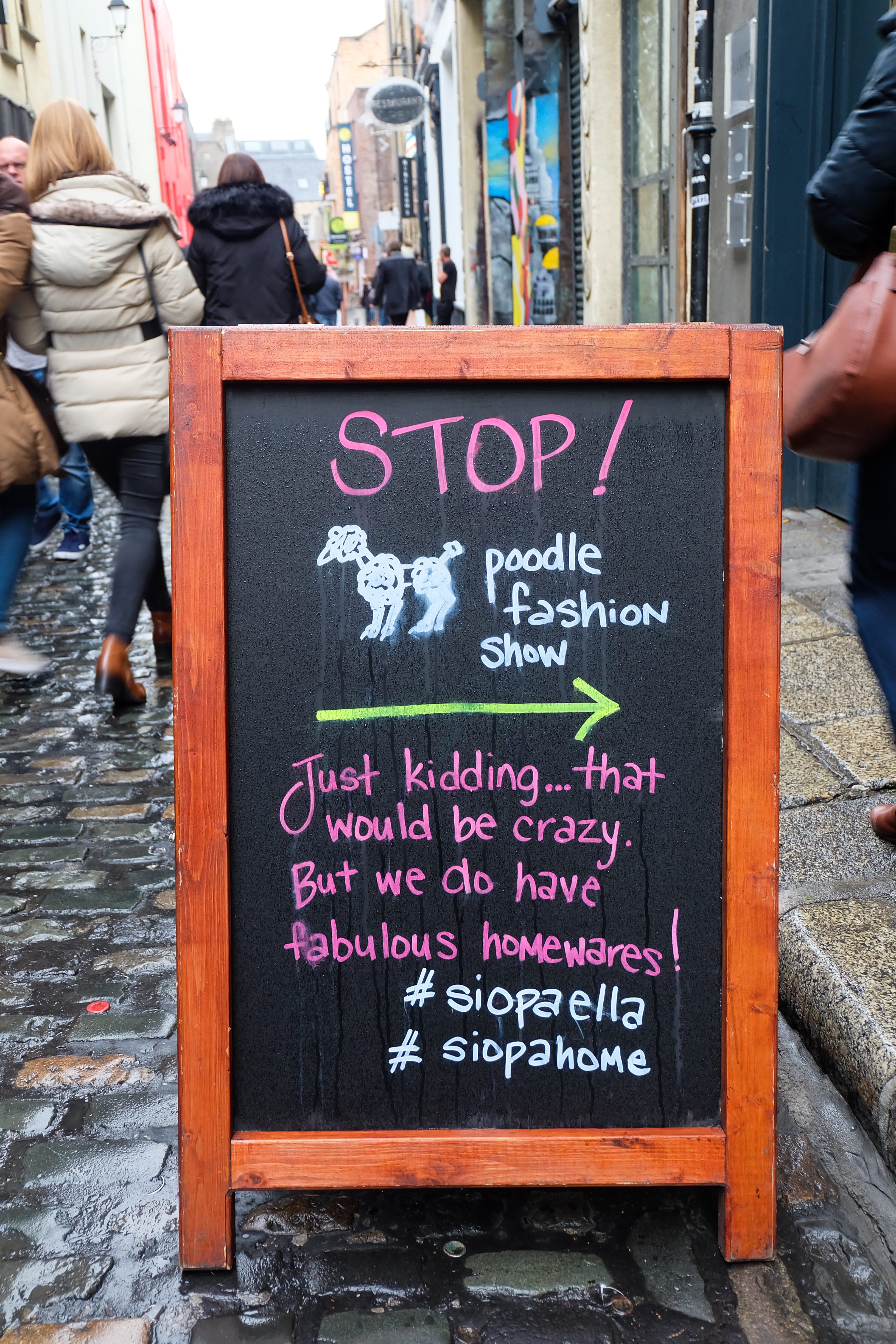 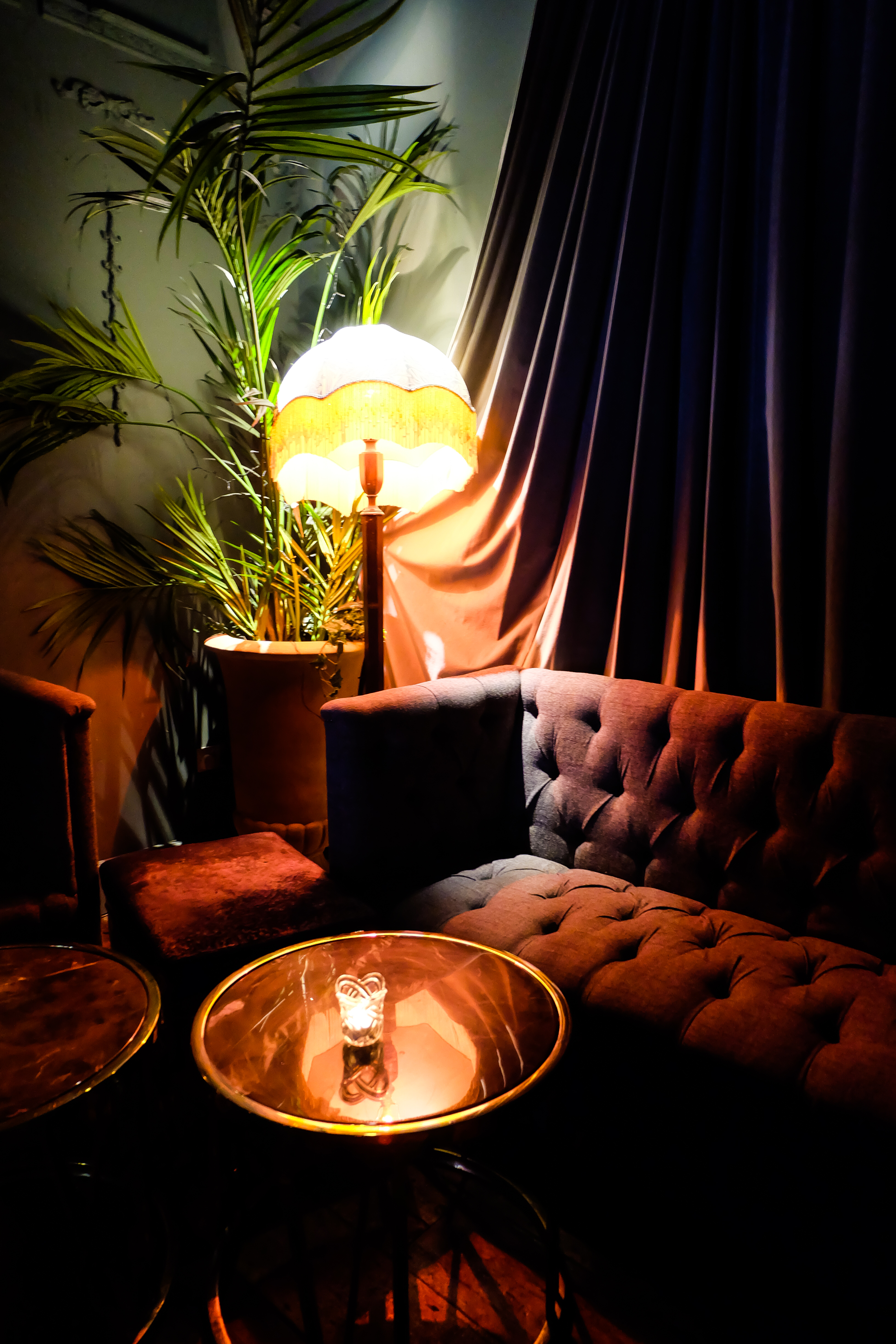 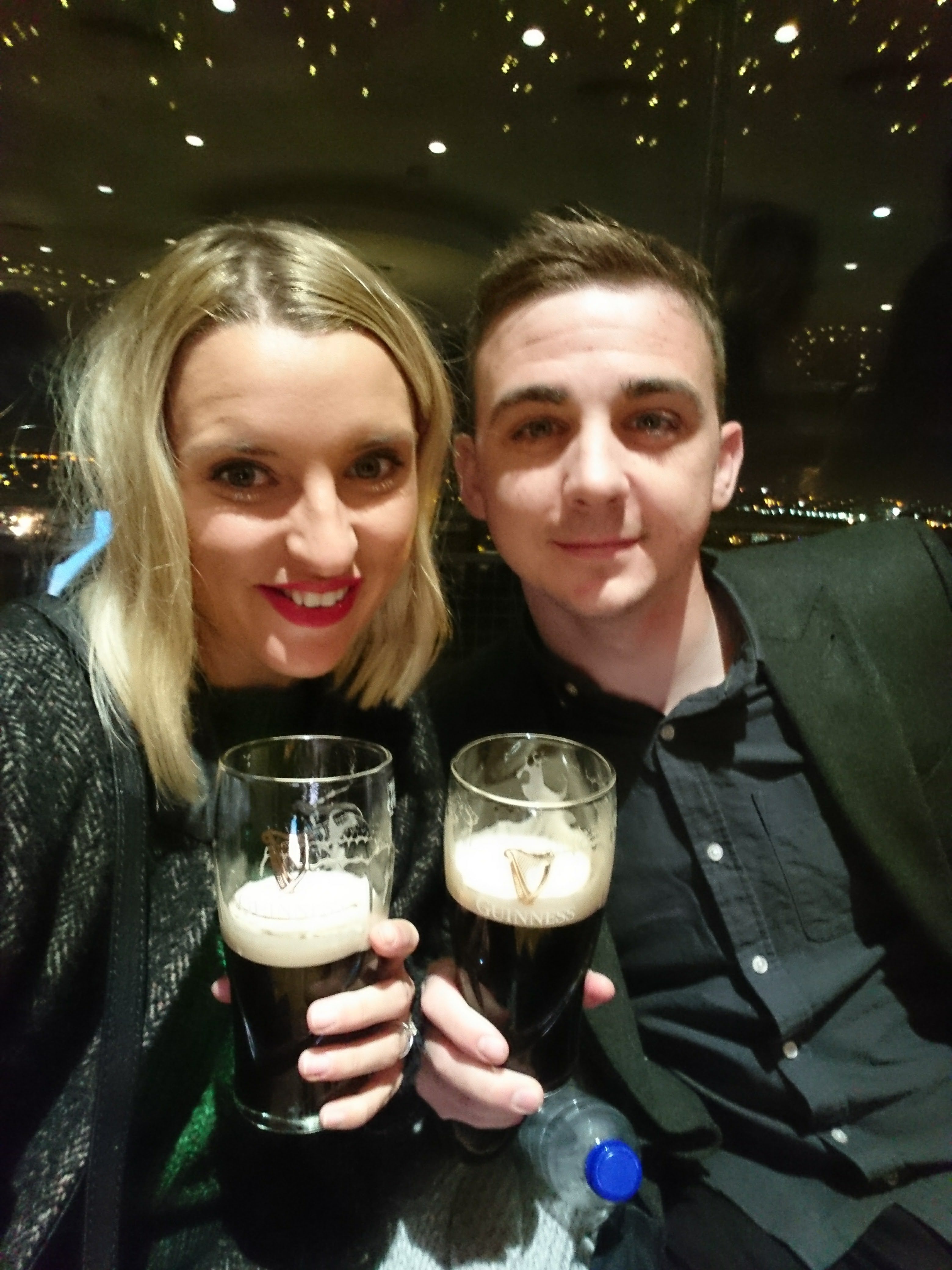 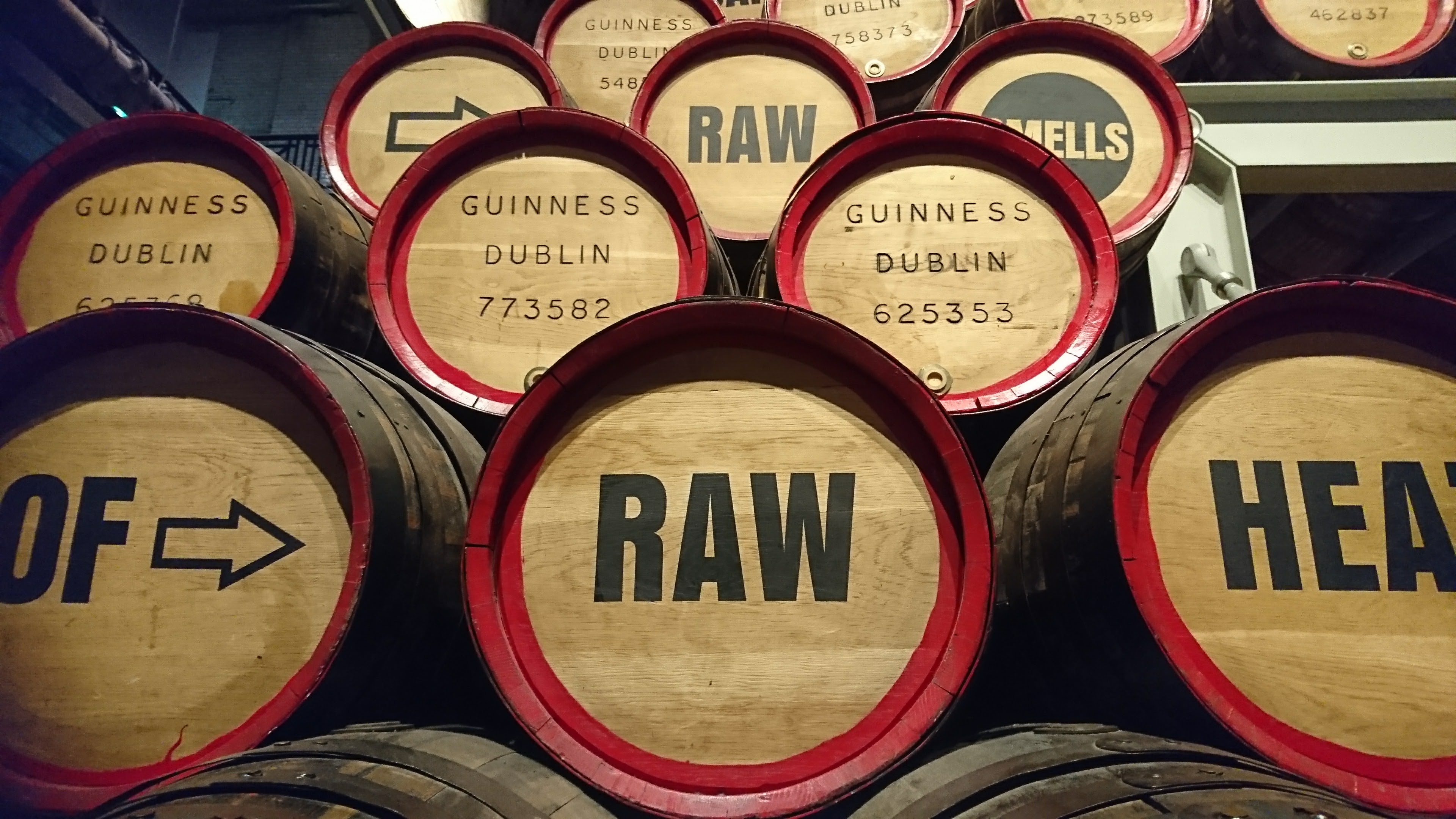 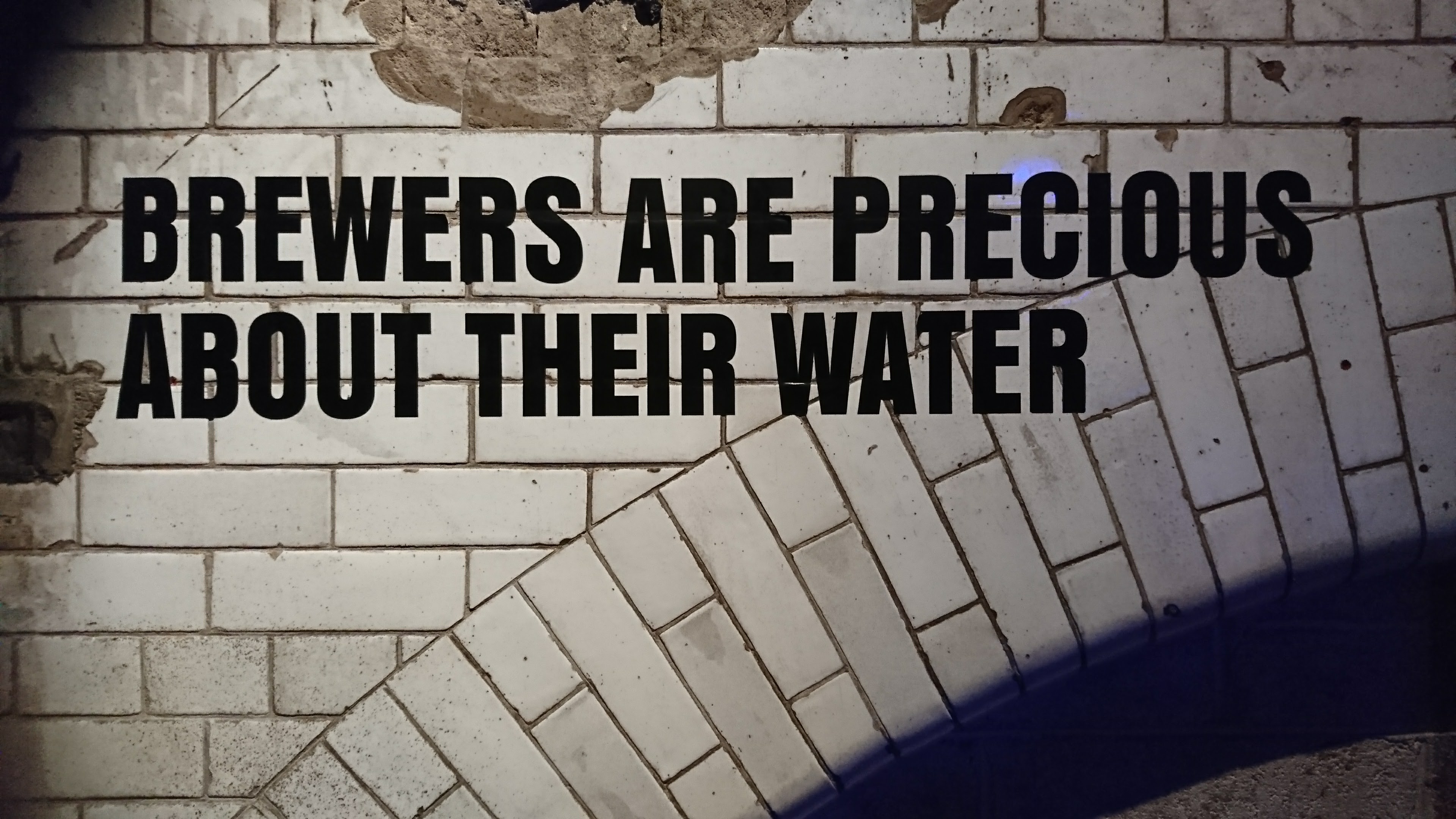 We then spent the day mooching the shops. I bought myself a very cute and highly practical baby pink peg board for work. Also a polaroid picture hanger thingy (that is legit the only way I can describe it). Max bought some Xmas presents. We bought some Christmas vinyl. Oh and we gorged ourselves on doughnuts. Apparently Dublin LOVES doughnuts. There were gourmet doughnuts stores everywhere. I have no regrets, nah ah.

We hit up the Guinness Factory early evening which was a really fun & novelty thing to do. You finish the tour in their sky bar, sipping Guinness with a 360 view of Dublin which is pretty cool.

Other highlights of the trip?

Saturday night’s seafood dinner at The Fish Shack. Calamari to die for.

Finding a wee pub crammed with people & two ace musicians. There’s nothing like a whole pub singing along. Fave song of the night was a gorgeous acoustic version of Last Christmas <3 <3 <3

Guinness. All the Guinness.

Dublin is a must visit city. It’s an easy city to do too – small, compact but full of absolute charm.

Also, just before I go. The reason I have scuzzy nails & a bandaged finger in these photos is because CLUTZ here decided to slice a chunk outta her finger hours before getting on the plane. What a twat. 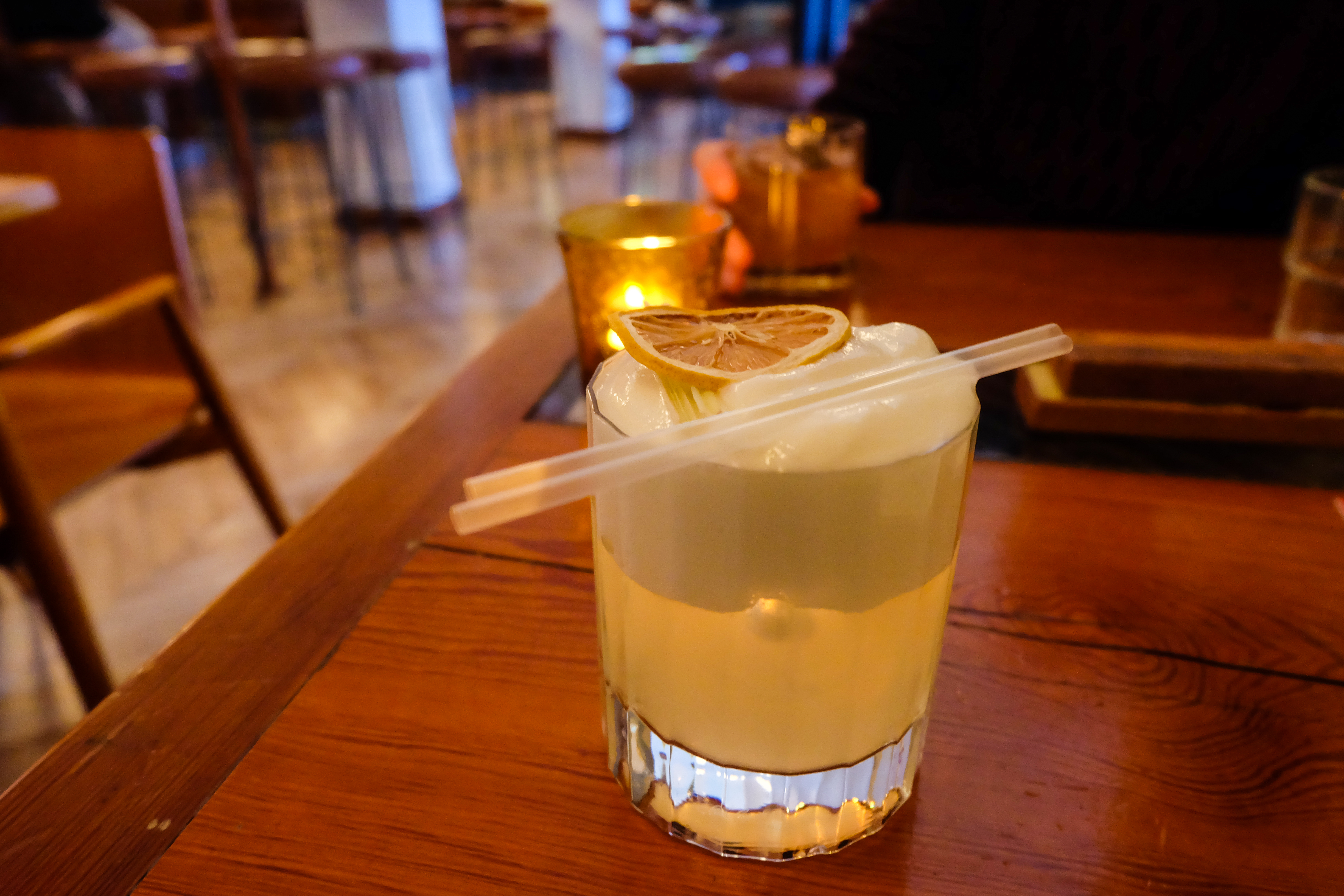 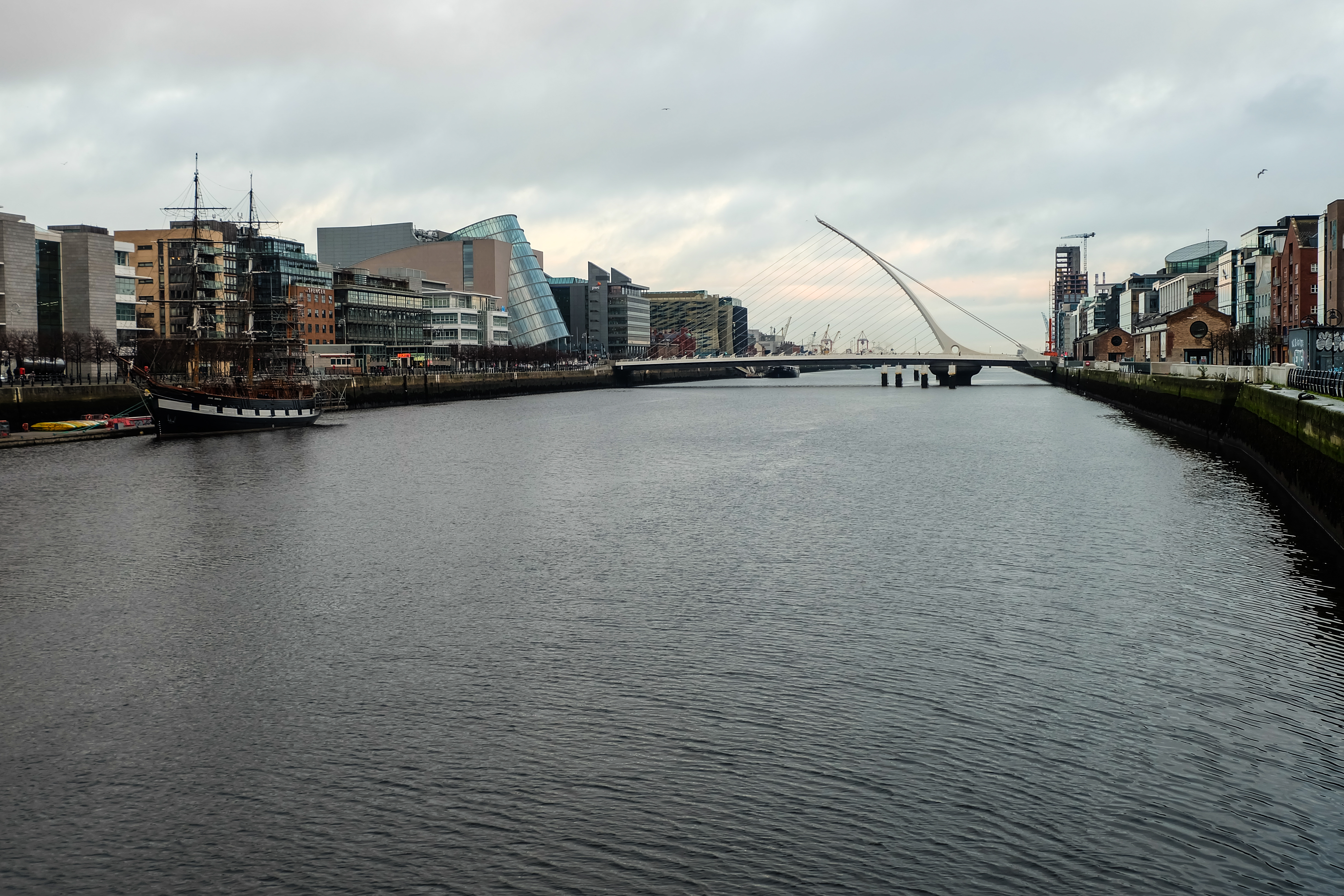 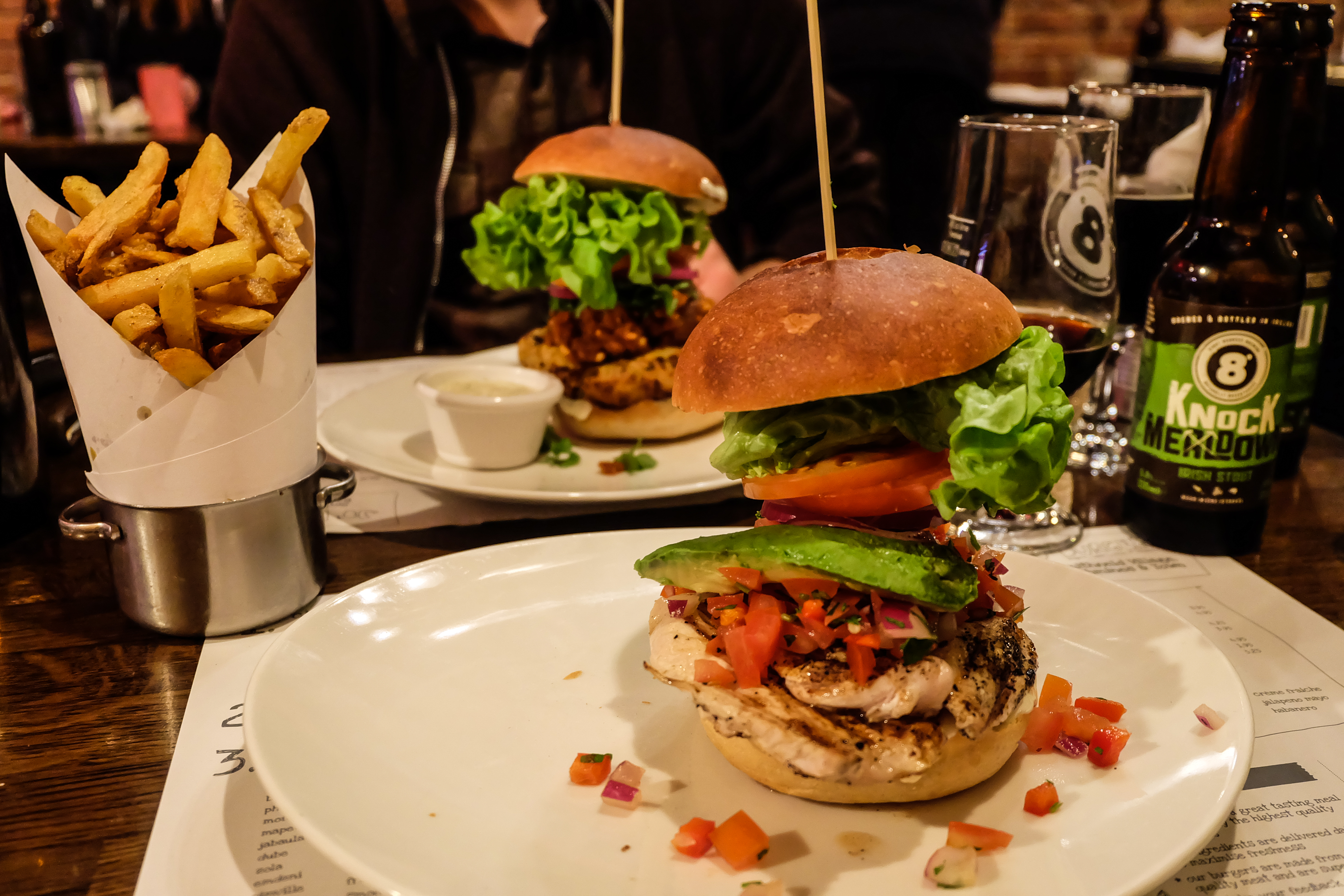